REVEALED: How Moji Olaiya Was Disgraced And Kicked Out By Her Friend in Canada Weeks To Her Death!! 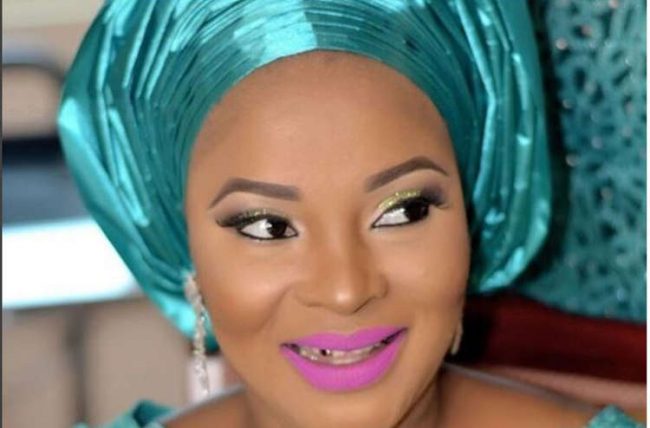 On Thursday, May 18, Nigerian movie industry and fans of Moji Olaiya, was greeted by the sunrise news of the death of the Yoruba actress. BON TV gathers reliably from reliable sources close to the late actress, that Moji who was pronounced dead in the early hours of Thursday died of cardiac arrest due to childbirth complications in Canada. We also scooped that Moji’s new baby girl arrived earlier than Expected Delivery Date (EDD) in March, which indicates that the late actress had premature delivery. Sad still, we gathered that she had the baby through Cesarean Session.

After delivery, late Moji had stayed back in Canada to wean her new baby to maturity at the hospital, and was undergoing medical care herself.

BON TV was reliably informed, that late Moji’s host in Canada was not accommodating enough to her, that after a while she had to resort to finding another accommodation for herself.

The late actress was on Wednesday, May 17, discharged by her doctor, and was billed to return to Nigeria in June; we gathered the actress was excited about the news, because, she was no longer enjoying her stay in the country.

We gathered that the father of Moji’s new baby is identified as Femi, a US-based man who is married and has relocated to Abuja.

Moji’s first daughter is Adunoluwa, she is currently a 200 Level student of Babcock University.

Moji was the daughter of highlife music veteran, Victor Olaiya, the 42 year old star was born a Christian and converted to Islam.