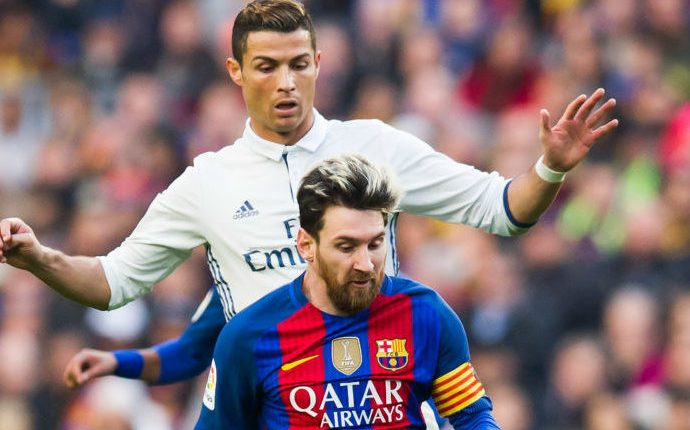 Ronaldo and Barca maestro Messi are regularly compared and always in the discussion over the greatest players of all-time.

‘We made childish mistakes’, Messi says after…

Xavi, a former team-mate of Messi’s at Camp Nou, said Ronaldo deserved credit but feels the Portuguese attacker is trumped by the Argentine.

“Cristiano Ronaldo is a born scorer, a spectacular footballer,” he told A Bola TV.

“The problem is that there is Messi, who for me is the best player in history.

“That is the only problem that Cristiano Ronaldo has, but he is a player who scores and continues to mark an era.”

Ronaldo’s Madrid are in Champions League action on Tuesday, hosting rivals Atletico in the first leg of their semi-final.

Meanwhile, the battle between Barca and Madrid for La Liga glory is set to go down to the wire, with the Catalans leading on goal differential having played one game more.