Top 60 Young Entrepreneurs In Nigeria and Ghana – If their stories dont inspire you, nothing can 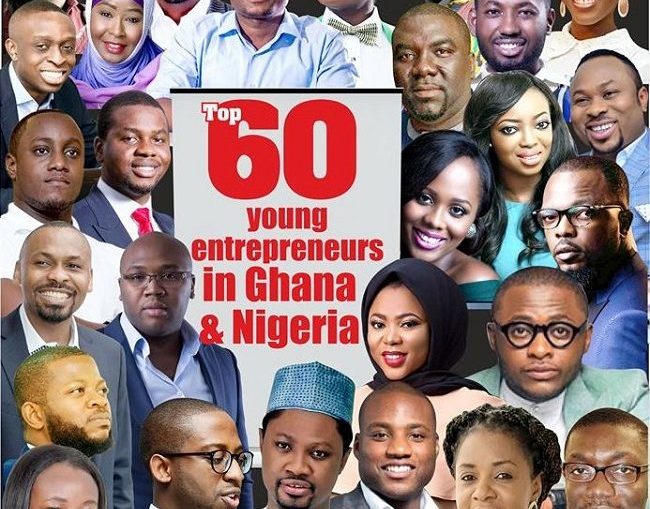 These Young entrepreneurs do not have age on their side for the necessary needed experience, they are young but upwardly mobile and on top of their games. These young men and women have taken their destinies in their hands, defying all odds, to become their own bosses, despite the harsh economic terrain they operate on in Ghana and Nigeria.

31 – year old Debola Williams is a media personality and co-founder of RED (owner of Red Media Africa, YNaija.com, The Future Awards Africa, StateCraft Inc amongst others). He has built a fantastic profile for himself in the past few years, having played a major role in the re-branding of President Muhammadu Buhari for the 2015 general election and the election campaign of President Nana Akufo Addo of Ghana. At the age of 17, he began co-presenting Youth Talk on NTA Network.

He was also presenter and associate producer on a business television show, Economy Watch, also on the NTA.
At 19, Adebola moved on to be full time producer of rave TV show Nigeria International, beamed on AIT International, NTA Network, Ben TV in London, Silverbird TV, MBI and online on NigeriaVillageSquare.com

In this role, he was responsible for highlighting Nigerian life around the world from a balanced perspective, getting hard interviews from the ‘high and mighty’ and discovering exquisite locations across the country. The show pioneered as well the trend of celebrity presenters every week. He left the employ of the show after a successful 3-year run to concentrate full time on Red Media Africa, though he has retained a position as consultant producer.

As Operations Director of The Future Project, he has spearheaded the Town Hall meetings and Roadshows around Nigeria and internationally, in the UK and Ghana. He is also responsible for the smooth running of the post-awards seminars and conferences. Adebola was selected as one of the Top 100 of Our Generation by Top 100 UK in 2007 and 2008 as well as a Global Changemaker by the British Council in 2009, attending the Changemakers Conference and World Economic Forum in Cape Town. In 2010, he was invited as a youth expert by the Africa Union and the United Nations Population Fund (UNFPA) to work on the African Youth Charter for the decade of youth in Zimbabwe.

Prev post1 of 16Next
Use your ← → (arrow) keys to browse
Tags: GhanaNigerianYoung entrepreneurs
Share12Tweet8Pin3SendShare