Babangida finally reveals why he annulled the June 12 1993 election 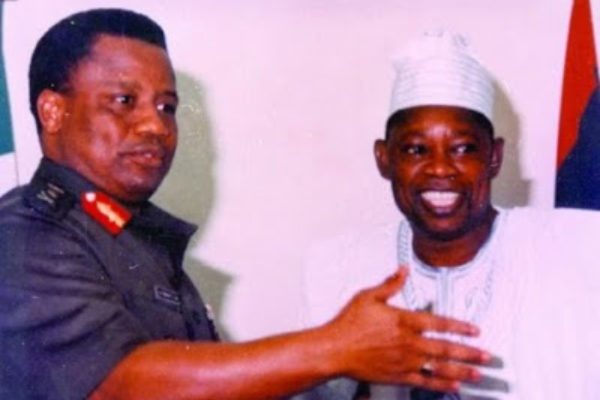 Former military president, General Ibrahim Babangida, has for the first time in 24 years, revealed why he annulled the June 12, 1993 presidential election won by late Bashorun MKO Abiola. During a TV interview on Sunday, Babangida disclosed that he was compelled to nullify the election because of security threats to the enthronement of a democratic government at that time. Babangida, who described the annulment as “unfortunate” revealed that he would launch a book on the saga next year, and added that having been on the steering wheel of government at the time.

He and the Armed Forces Ruling Council (AFRC) knew that the new democratic government to be installed would sooner than later be toppled through another military coup deta’t, which he said his government wanted to avoid. IBB said his regime had decided that it would be the last administration that would ascend the seat of power through a coup, adding that it would make no sense to install a democratic government that would be truncated within another six months. While admitting that the June 12 presidential election was free and fair and also the best of all elections ever conducted in Nigeria’s history, General Babangida said:

“June 12 was accepted by Nigerians as the best of elections in Nigeria. It was free and fair. But unfortunately, we cancelled that election. I used the word, unfortunately, for the first time. We were in government at the time and we knew the possible consequences of handing over to a democratic government. We did well that we wanted ours to be the last military coup deta’t. To be honest with you, the situation was not ripe to hand over at the time.

“Forget about the wrong things that happened in politics. The issue of security of the nation was a threat and we would have considered ourselves to have failed if six months after handover, there was another coup. I went through coup deta’t and I survived it.

“We knew that there would be another coup deta’t. But not many people believed what we said. They could have allowed me to go away and then they (coup plotters) would regroup and stage another coup. This is how coups are staged – one man will always come to complain. And he will try to convince you about his complaints.”

IBB said security threats to the advent of democracy at the time culminated in fresh plans to conduct another election within another six months after June 12 annulment, with a better strategy, but he could not achieve that as a result of the hostility which accompanied the cancellation. According to him, another election was conceived to come up in November 1993. He revealed further that he was determined to conduct another election which culminated in the constitution of an Interim National Government (ING), which he noted was eventually toppled by a military coup staged by General Sani Abacha. In other words, Babangida said what happened to the ING was eventually the fate that would have befallen the civil rule which his regime would have handed over to.

The former military president said the whole concept of his regime’s plan to hand over to a civil government was aimed at effecting a lasting change which could put paid to rigging. This notion, he said resulted in the decision to register only two political parties, the Social Demoratic Party (SDP) and the National Republican Convention (NRC).

“When there are two things, you have an option – this or that or nothing. We tried to regulate the number of political parties. We knew what to do,” he said.

“On June 12th 1993, MKO Abiola won Nigeria’s freest and fairest presidential election. It was annulled and he was detained by the military.

“He, his wife Kudirat together with many other pro-democracy activists were murdered in cold blood. They were martyrs for democracy and true heroes. We honor their memories and sacrifice today.”