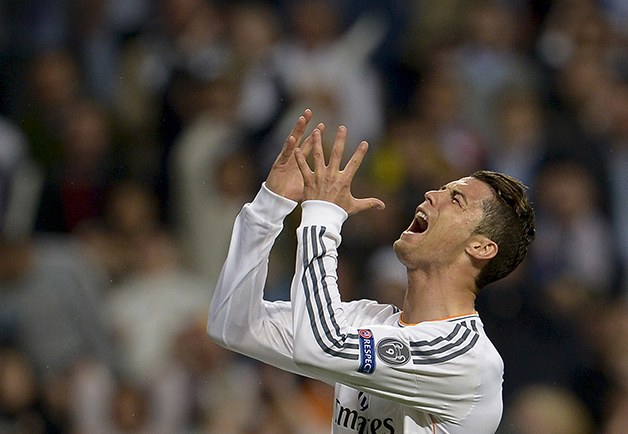 Cristiano Ronaldo has reportedly decided to leave Real Madrid. According to Portuguese daily newspaper, A Bola reports this morning, claimed that the Real Madrid striker is angry at his treatment by Spanish tax authorities and has expressed his wish to leave the country. Spanish prosecutors have accused the Real Madrid footballer Cristiano Ronaldo of defrauding the authorities of 14.7 million euros in tax from 2011 to 2014. A Spanish state prosecutor in a statement released on Tuesday said the 32-year old took advantage of a business structure created in 2010 to hide from fiscal authorities income generated in Spain from image rights.

It also noted that Ronaldo used what it deems a shell company in the Virgin Islands to “create a screen in order to hide his total income from Spain’s Tax Office. An accusation which Ronaldo has denied and A Bola is now claiming that striker has made the “irreversible” decision to leave the club and has informed his teammates of his intentions. The four-time Ballon d’Or winner had responded to the tax charges by posting a picture of himself ‘shushing’ at the camera along with the caption “Sometimes the best answer it’s to be quiet”. Responding to the accusation, Ronaldo’s Gestifute management company said: “It is clear that the football player did not try to evade taxes.”

If A Bola’s report is something to go by, it would be quite unfortunate and a great loss to the Spanish team While signing a new five-year contract to stay at the Bernabeu in November 2016, Ronaldo had said he is ready to end his career as a Real player.

“This is a special day for me, extending my links with this club, the club of my heart. Renewing for five years is very special and let it be clear that this is not the last contract.

“I want to keep making history and I’m sure that in the next five years I will keep scoring goals and winning trophies with the best club in the world. I want to finish my career at this club but I want this to be my penultimate contract.”

Cristiano Ronaldo played a starring role in Real Madrid this season, scoring 38 goals as Los Blancos retained the Champions League and won the La Liga title for the first time since 2012. A Bola had also reported that some big teams would like to sign him for the next season. According to the Portuguese newspaper, this offer would come from England, France or China. Although in the article, the journalist doesn’t say anything about a clubs, these could be PSG or Manchester United. Manchester United would be keen on bringing him back to the Premier League after their move for Antoine Griezmann collapsed earlier this summer.