If you get this Whatsapp message, DELETE it immediately (Pics) 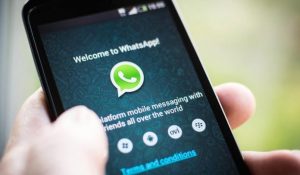 It has been announced that Whatsapp users should be on the lookout for a new scam which tries to charge them for using the instant messaging app. In recent weeks, fake text messages have been received which warned people that their subscription has run out. The message also contains instructions to receive a lifetime subscription for a small fee and are being used by criminals to trick people into providing their payment details.

The scam message has continued to spread

According to Dailymail, this particular form of the scam first emerged last month, but reports have been on the increase.

The message reads: ‘Your subscription has expired. To Verify your account and purchase a lifetime subscription for just 0.99 GBP simply tap on this link’.

Although Whatsapp charged 99p after the first year of use when it first launched back in 2010, but this was scrapped. So anyone that received this message should delete it immediately.

If you have already clicked on the link, it is advised that you should run antivirus software to ensure your device has not been infected with a virus.

It is unclear exactly how many users have been targeted or how criminals obtained the phone numbers, but people are already tweeting to warn others:

Kieran Stevenson‏ said: “I’ve just had a text from “Whatsapp” saying my subscription has expired and I need to click a link to renew it. Scam, right?”

Kate Davies added: “Anyone else received a text from #WhatsApp saying you’re subscription has expired ..but you can buy life long for £1 ?”

Below are some tweets:

Many Twitter users asked about the truth of the message

The links attached to the message apparently contains malware

If you received a similar message you should delete it