Help Me! Abuja lesbians are after me – Nollywood Actress, Ruth Eze cries out 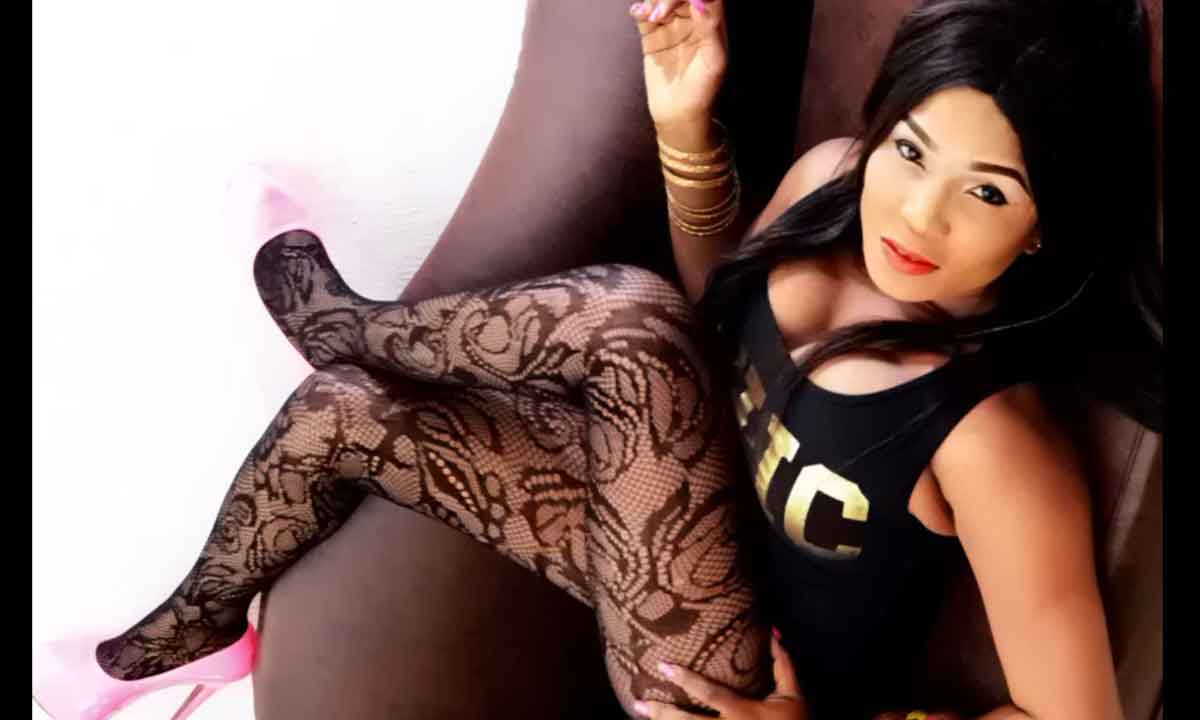 Nollywood actress Ruth Eze in a recent interview with SunNews cried out for help. She wants Nigerians to save her from molestation by lesbians, most especially, those resident in Abuja. This is coming on the heels of her recent ordeal in the hands of some Abuja-based big babes who mistook her for a lesbian. This is what she said: “Last weekend, I went to Abuja for a movie production, I didn’t know how some ladies got to know I was in town. The ugly drama started inside the hotel where I was lodged.

The actress explained that she had no inkling of what the ladies were up to until one of them drew closer and began to fondle her boobs.

“At the point when one came closer to me and started touching me at the wrong places, I had to stop her and ask why she was doing that.

Then she told me that after reading the interview I granted Saturday Sun in which I said ‘Genevieve makes me wet’ they all concluded that I was a lesbian. I had to explain to them that I didn’t really mean what I said.

I said I was only trying to exaggerate how I felt about Genevieve’s act and nothing more. Rather than deter them, the ladies promised me heaven and earth if I join their gang of homosexuals.

I was so scared, I had to call my boyfriend and put the phone on speaker so as to convince them that I don’t do fellow women.

My dear, I was so scared because I thought they would end up raping me. They sounded so much in the mood to have me right there. Thank God, it didn’t happen.”