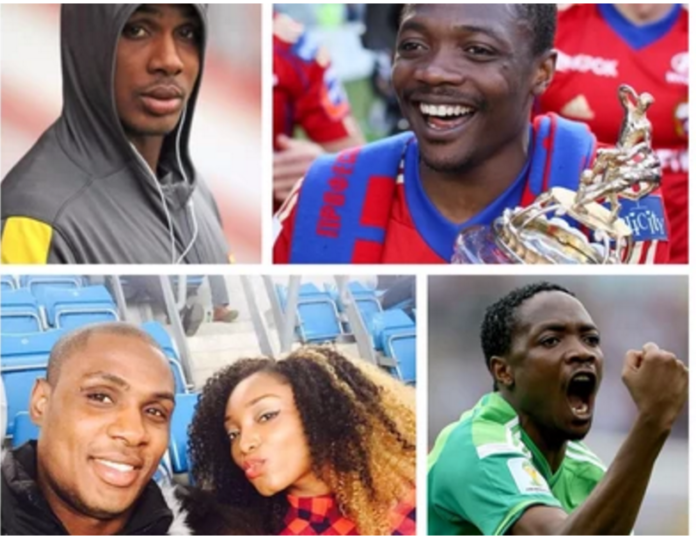 There is a fair amount of Nigerian footballers that are paid thousands of dollars each year. Some of them are international players, others play for the home team. But there are two special players – one is the richest footballer in Nigeria and the other has the highest market value in Nigeria. Let’s learn more about the talented footballers of our country.

The richest among the football players of Nigeria is Odion Ighalo. He was born in Lagos, in 1989. He started his career in 2007 by playing with Prime F.C and Julius Berger FC. On 16 September 2007, he made his Tippeligaen debut, by scoring the 2-0 home win and was noticed by other clubs in the country.

In 2008 he signed for Udinese Calcio and appeared in Seria A. After a year, he was loaned to Granada CF. However, he was still owned by the Udinese. He has been there for several years and in 2014 he joined Watford. He earned the Premier League Player of the Month and was voted as a Man of the Match, both in 2015.

At the beginning of 2017, he joined the Chinese Super League club Changchun Yatai F.C. He is the centre-forward (according to his contract) until the end of 2020. After being bought by the Chinese club, his market value has grown to almost 11 million dollars. His weekly payment is about $250 000 – that’s about N81 375 000! Can you believe it? Now he is an international player in one of the biggest clubs in China.

Prev post1 of 2Next
Use your ← → (arrow) keys to browse
Tags: countdownfootballphotossports
Share12Tweet8Pin3SendShare