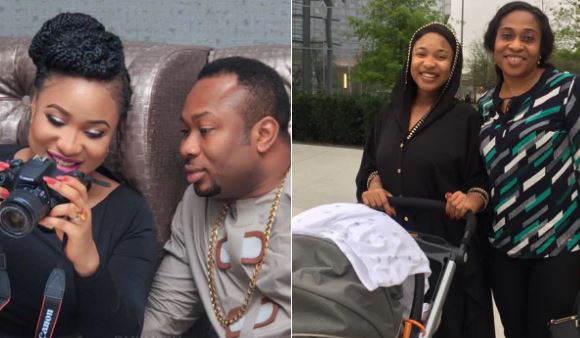 Tonto Dikeh’s estranged husband, Oladunni Churchill through his reps has just revealed he’s annulling his marriage with the actress. According to gistmania who claimed to have reached out to the businessman yesterday, Wednesday, June 21, 2017, after a leaked chat between Churchill’s mum and Tonto surfaced.

Oladunni Churchill through his reps said, “all traditional necessities regarding his traditional marriage, including payment of the bride price, were met. Mr. Churchill has stated officially that he has all intentions of annulling his marriage to his wife.” This comes after Tonto Dikeh accused her mother-in-law of witchcraft. The actress who revealed she paid for her own bride price also revealed she has watched Churchill touch his mother inappropriately.

Are they happy or trying to impress?’ –…

In the chat an obviously angry Tonto Dikeh says,
“I have watched you bring in dirty charms and fetish item into my home. I have watched your son touch you inappropriately. I have witnessed darkness with you all and I just wonder what kind of woman you are. Leave me alone Mama Kunle, leave me alone I beg of you. Am done with your family, all I need is my safety and that of my child.”