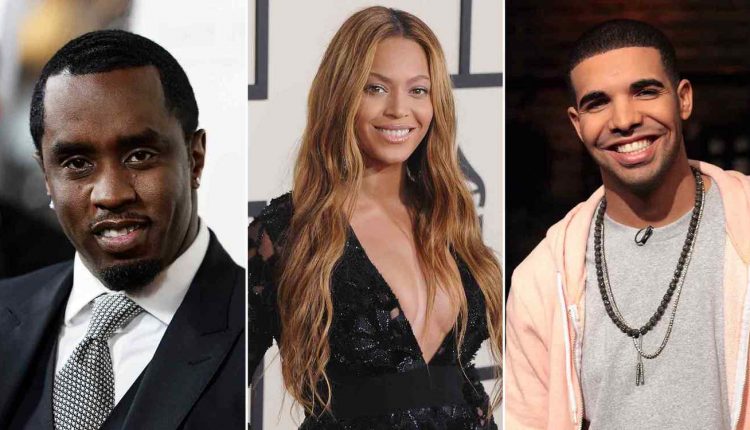 Forbes has released its annual list of highest paid celebrities for 2017. From musicians to actors, sports stars and TV hosts, these are the celebrities that made the most money in the 12-month ranking period. Forbes stated that the 100 celebrities banked a cumulative $5.15 billion pretax during the June 2016 to June 2017 scoring period. Sean “Diddy” Combs, who was on the cover of the first ever publication of the list in 1999, sits atop the list 18 years later after raking in $130m. “The majority of his 2017 total comes from selling one-third of his Sean John clothing line for an estimated $70 million. Combined with a lucrative Diageo Ciroc vodka partnership and his Bad Boy Family Reunion Tour,” Forbes said.

Second on the list is Beyoncé, who made $105 million, thanks to her Formation World Tour and Lemonade release. Author J.K. Rowling returns to the ranking after her 3-year hiatus to claim the number 3 spot ($95 million). Drake who more than doubled his take home last year, sits on the number four spot with $94 million. Highest paid athlete in the world Cristiano Ronaldo made $93 million to claim the number 5 spot. New comers in the list include Kylie Jenner who is the youngest member at just 19 (No. 59, $41m), Steve Harvey (No. 53; $42.5 million), Amy Schumer (No. 69; $37.5 million) Conor McGregor (No. 89; $34 million) and Chance the Rapper (No. 95; $33 million).
READ ALSO

Sep 29, 2017
According to Forbes, “Though there are 10 male actors on the ranking, not a single female movie star made the cut. In fact, women comprise just 16% of the world’s top-earning celebrities, an imbalance that reflects the gender pay gap in entertainment and beyond. The 16 women on this year’s list earned a cumulative $822.5 million, thanks largely to second-ranked Beyoncé’s take-home. Though there is one more woman on the ranking than last year, 2017’s combined female payday is down from $892.5 million in 2016 (a fifth of which came from Taylor Swift).”
“Across categories, streaming has finally turned into a major moneymaker for the entertainment industry. While the aggregate earnings of the Celebrity 100 are essentially flat at just over $5 billion in the past 12 months compared with the prior year, income directly related to streaming surged 118% to $387 million in 2017 from $177 million in 2016. Leading the way: The Weeknd (No. 6; $92 million), who has translated 5.5 billion streams in the past two years into an estimated $75 million touring advance,” Forbes said.
See the full list HERE:

Prominent movie pioneers, “The Afolayan’s Family” : Facts you didnt know about them