Serena Williams poses nude on the cover of Vanity Fair in her first pregnancy shoot, reveals how she met her fiance (Photos) 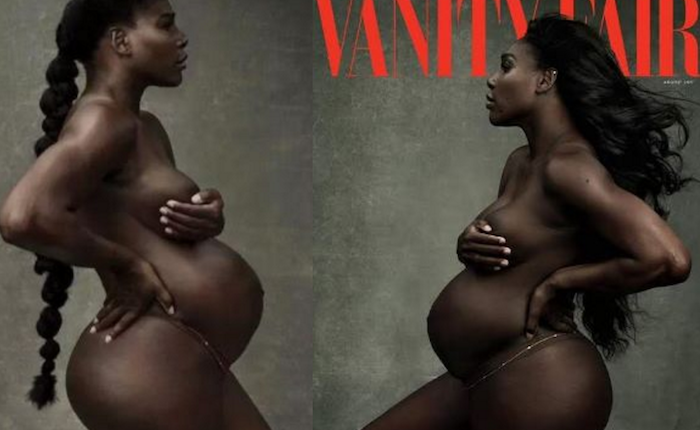 Serena Williams poses nude: Serena Williams bared her growing baby bump in her first ever pregnancy shoot. The 35-year-old tennis pro covers the August issue of Vanity Fair, wearing nothing but a skin-toned thong and belly chain for photographer Annie Leibovitz, and opens up about how she met her fiance, Reddit co-founder Alexis Ohanian and the baby they are expecting. The couple first met at a hotel in Rome, Italy, when Ohanian, much to her displeasure, sat at a table nearby Williams at breakfast. She joked with him that there was a rat in an effort to get him to move. 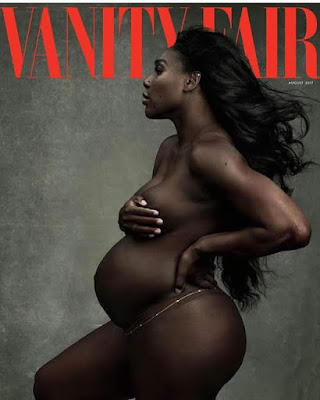 “I’m from Brooklyn. I see rats all the time,” Ohanian responded. Williams asked him to join her party, and the rest is history.

Ohanian planned a spontaneous trip to Italy to pop the question.

Ohanian proposed at the same table where they had first met at that hotel in Rome. Now the two are expecting their first child.
Related Posts She also revealed that she announced her pregnancy to her fiancé by handing him a paper bag containing six positive pregnancy tests. Williams admits that “it just doesn’t seem real.”

“I don’t know why. Am I having a baby?” she confides. “If you would have told me last year in October or November that I would have a baby, not be pregnant but have a baby, I would have thought you were the biggest liar in the world. This is kind of how I am right now. This is happening sooner than later, and it’s going by so fast.”

“I don’t know what to do with a baby. I have nothing. . . . I’ve done absolutely nothing for the baby room.”