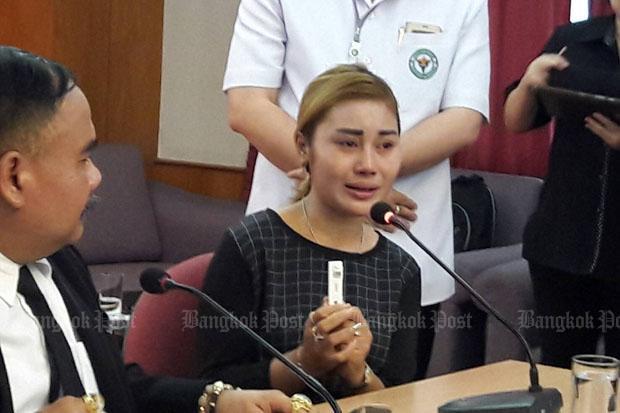 A woman who was wrongly diagnosed as HIV-positive as a child is now suing the Thai Ministry of Public Health for an alleged ruined childhood. Suthida Sangsumart, was diagnosed with AIDS when she was 8 years old by a doctor from the Suvarnabhumi Hospital in Roi Et province after her father passed away from the same disease..

Now, 15 years later, she is suing the Suvarnabhumi Hospital because as it turns out — she’s not HIV positive.

Earlier this week, Suthida and her lawyer Songkran Achariyasab allowed members of the media to watch her latest blood test at the Thai Red Cross Society’s Anonymous Clinic.

“I started taking the medicine on HIV disease since then. I had to move to Samut Prakarn province after people in my hometown disliked me because of my father’s cause of death and the doctor’s diagnosis that I had Aids,”

‘I cried alone every night at home. No money could repay what I lost and I would like to tell the doctor.’

Suthida had to take anti-retroviral drugs every day since her diagnosis at eight-years-old, but stopped five years ago when she was first pregnant.

Following blood tests from other hospitals at the time and from this year, Suthida was told she doesn’t actually have HIV at all and that neither her husband and children are infected with it.