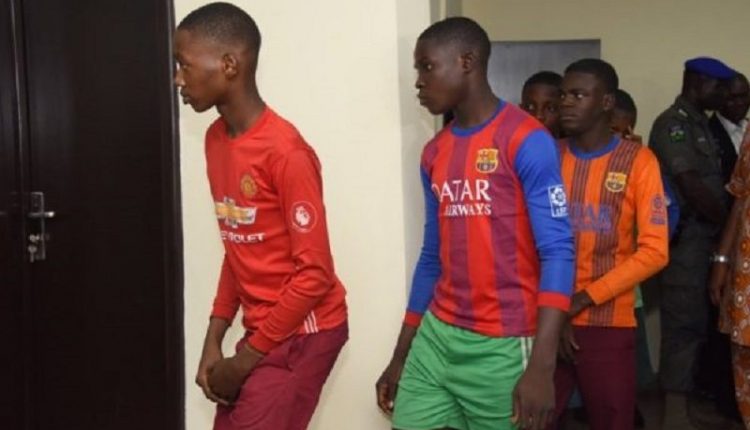 Six students kidnapped from the Lagos State Model College, Igbonla in the Epe Area of Lagos in May have regained their freedom. Their release follows  talks between the abductors and some government officials from the southwest region. Disclosing this at a news conference in Lagos, the Lagos State Commissioner of Police, Mr Fatai Owoseni, said Twenty members of the gang involved in the Epe abduction died in gun battle with the police earlier on Friday, during the rescue operation in the creeks of Ondo state.

He also said one civilian volunteer died, while  eight policemen and four other civilian volunteers sustained injuries. Owoseni added that a suspect, who attempted to  swindle the parents of the students by asking that they should bring ransom to Abeokuta, was arrested and in police custody. The police chief praised the South West Governors for demonstrating clear commitment to combat crime in the region, saying that the communiqué issued in Abeokuta with respect to creation of Joint Security Task Force for the region, is already yielding positive result.

Six students of Model College, Igbonla, Epe local government area of Lagos state were on Thursday, May 25th kidnapped by gunmen who took advantage of security lapses around the creeks. The gunmen gained entry into the school premises around 6 am on that faithful day through the creek at the back of the college, pulling down the school fence and headed straight for the boys’ hostel, where they seized 10 Senior Secondary School pupils.

Policemen on guard attempted to intercept them and called for reinforcement but the abducted students were unlucky as the gunmen whisked the students away through the waterways. The assailants later released four of the pupils at the waterside after profiling their parents’ details. They escaped with the remaining six pupils, identified as Peter Jonah, Isiaq Rahmon, Adebayo George, Judah Agbausi, Pelumi Philips and Farouq Yusuf.

The incident had led to outrage and six days later, the House of Representatives called on the Inspector-General of Police, Ibrahim Idris, to ensure that the students are rescued as soon as possible. The Lagos State government also vowed to do all within its power to ensure the safe return of the students. Some teachers of the school later revealed that the abductors had sent a letter to the school three days earlier to inform them of their imminent plans.  Consequently, the school’s management informed the police and some policemen were drafted to the school to keep guard.

It is not the first time that students of the school have been abducted. Six months earlier, precisely in October  2016, four students, the school principal and his vice were kidnapped while on the assembly ground. In that incident, police operatives swiftly rescued two of the victims, while the kidnappers demanded N100m ransom for the other victims. It is not clear if the ransom was paid but the victims were freed, five days later, on October 11, 2016.

See Ogun traditional ruler who was killed and set ablaze