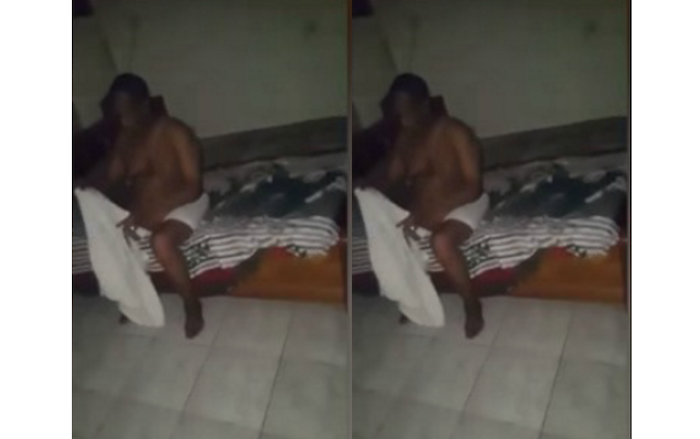 Yobe state governor: Yesterday, Sahara Reporters posted an amateur video of former Yobe state governor now a senator, Bukar Ibrahim, with two women inside a hotel, suggesting he had just had sex with them. The 2 minutes footage showed Mr. Ibrahim reaching for his underwear after emerging from the shower. The senator has now reacted to the viral video, saying what he does with a lady inside a room is not anyone’s business and that he doesn’t owe anyone any explanation.

Bukar who reacted in an interview with Premium Times today, said

“This is a personal, private matter. What does my having been with a girl have to do with the public? You know the normal thing: people ask for unreasonable things, and if you deny them, they try to blackmail you if they have a way. If they say I raped, that’s a different matter altogether. Is it because I am a public official then I am not supposed to be entitled to private life? I have commenced investigations to find out why it is circulating. But from all indications, it is a blackmail”he said

The former governor who introduced Sharia In August 2000, said one of the ladies in the video actually told him she was filming him and also using the camera light to illuminate in their hotel room. He says he did not know that the video would be leaked online.

“I’m not interested, you don’t have money” – Bobrisky tells Tunde Ednut after the singer accused him of hacking his IG page