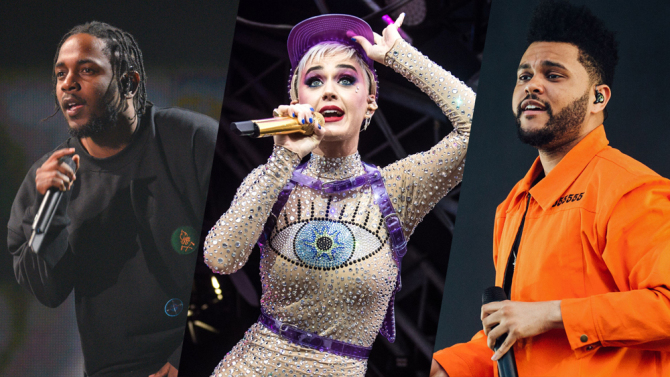 On Tuesday afternoon, MTV announced the nominations for the 2017 Video Music Awards via Instagram, and rapper Kendrick Lamar leads the pack with the most nominations for his video “Humble.” with 11 nominations. Katy Perry and The Weeknd tied for second place with five nominations each.
More..

The 2017 MTV Video Music Awards on will take place on Sunday, August 27  at The Forum in Inglewood, California.

Video of the Year

Artist of the Year

The Weeknd to sue Wizkid and artistes that Trademark “Starboy”

The Weeknd and Selena Gomez split after 10 months: says ”It’s been hard for months”

Selena Gomez moves in with her boyfriend, The Weeknd