How Odemwingie convinced me to join Everton instead of Arsenal, Henry Onyekuru reveals 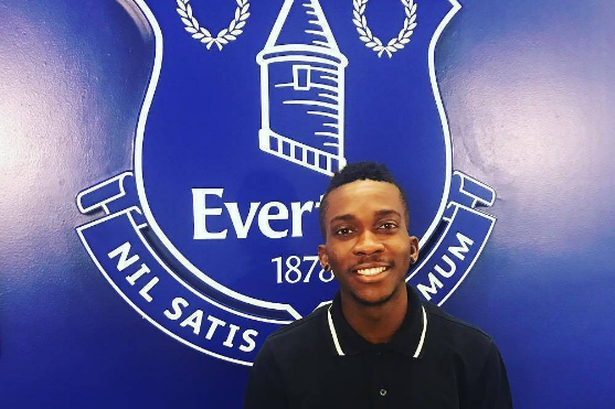 Nigerian forward Henry Onyekuru has revealed that Osaze Odemwingie played a vital role in his decision to join Everton this summer. The 20-year-old finished last season as the top scorer in the Belgian league and has been tipped for more success on a higher stage as several clubs in Europe vied for signature. Arsenal were believed to be frontrunners in the transfer race with reports that they met with Onyekuru’s club, Eupen but the transfer could not be finalised after Arsene Wenger pulled plug on the deal.

Following his move to Everton, the Super Eagles star revealed that he had to consult Odemwingie about the prospects of playing in the Premier League.

He said: “Before making the decision I seek some advice from Nigeria ex players like Osaze Odemwingie, and he gave me some advices you know. I have some other clubs you know ready to offer more than what Everton did.

“But I begged with my agent I need to play inside the pitch and not just the financial aspect for my career. I need a coach that will push me to make a good career for me. So I chose Everton because the coach really wants me and I am going to take a loan to Anderlecht, so it’s good for my career,”