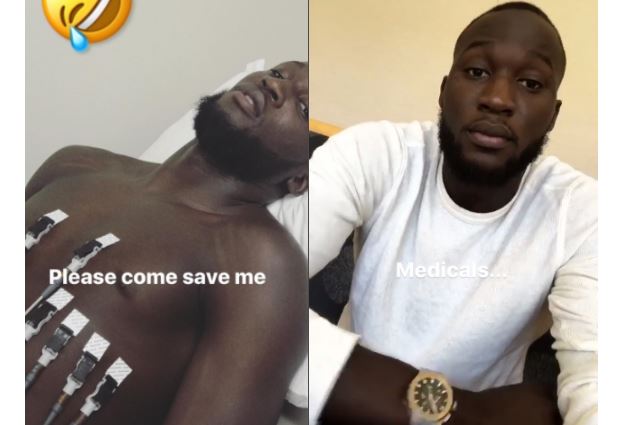 Less than 24 hours after Manchester United announced the club had agreed a deal with Everton to bring striker Romelu Lukaku to Old Trafford, subject to a medical and personal terms, the striker has taken to Instagram to seemingly confirm the move with snaps of his medical in the United States. The Belgian’s Instagram story opens with a shot of him in a waiting room and the word “Medicals..” written below it.

The two closing frames show Lukaku signing a Manchester United shirt for a young fan with the caption reading “First Manchester United fan I’ve met.. #Blessed #Thankful” and a final frame of him giving a thumbs up captioned “Finito”. His medical snaps came hours after it was confirmed he was arrested last week over a noise complaint and is scheduled to appear in a United States court on October 2. A statement released by Beverly Hills Police Department detailed that Lukaku received a misdemeanour citation on July 2.

Police said the citation, after which Lukaku was not physically arrested, came on the back of verbal warnings following five other complaints about noise levels at his rented accommodation. The forward had also already been spotted training with Man Utd midfielder Paul Pogba in Los Angeles earlier in the week, and on Saturday the France international welcomed the Belgian to the club.  Lukaku, 24, will reunite with former Chelsea manager Jose Mourinho at Old Trafford for a reported £75 million fee. United had targeted Real Madrid forward Alvaro Morata to help fill the void left by last season’s top goalscorer Zlatan Ibrahimovic.

Mourinho has now turned to the Belgium international to try to fix and attack that only found the back of the net on 54 occasions in the Premier League last term – the lowest tally among the top seven teams. Lukaku himself netted nearly half that number, 25, in the league during the 2016-17 season, eight more than Ibrahimovic. Manchester United heads to United States for the club’s summer tour on Sunday.

See the crocodile that was killed inside Lekki flood (photo)