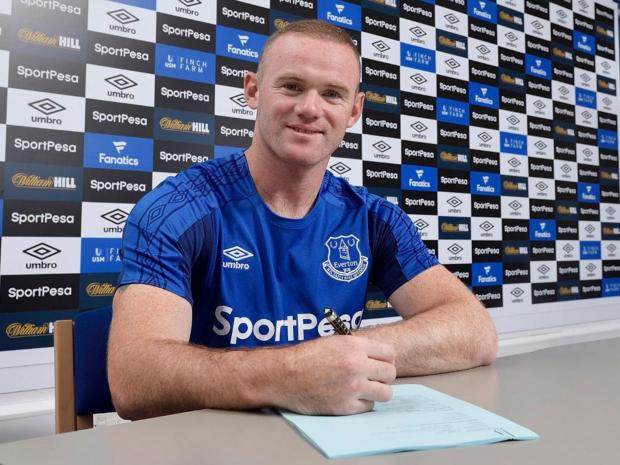 Manchester United striker, Wayne Rooney has completed a switch to Ronald Koeman’s side, with supporters leaving messages on social media for the England man. So, it’s official, Wayne Rooney is back at Everton. The Toffees announced the news on Sunday with a slick teaser video on Twitter, accompanied by the words: “Once a Blue… #WelcomeHomeWayne.”

And the football world has been reacting to the news, with some less than complementary offerings on social media from various rival supporters! 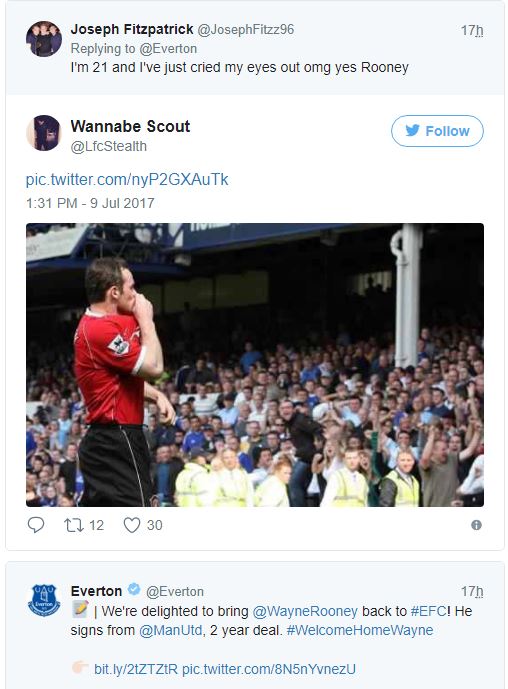 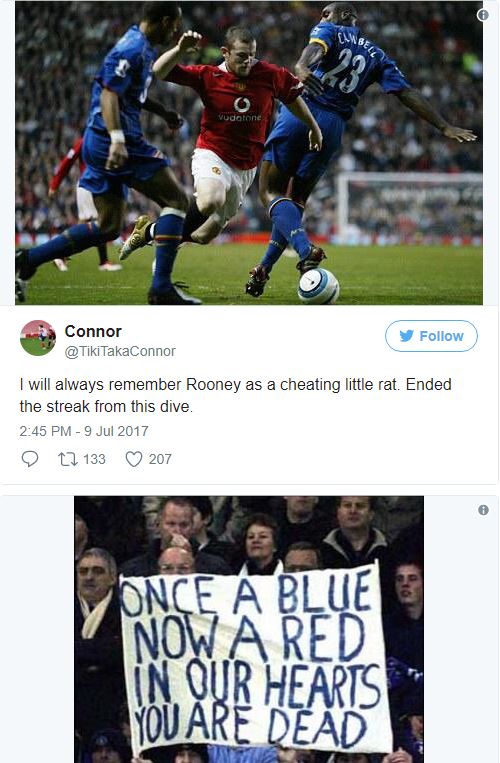 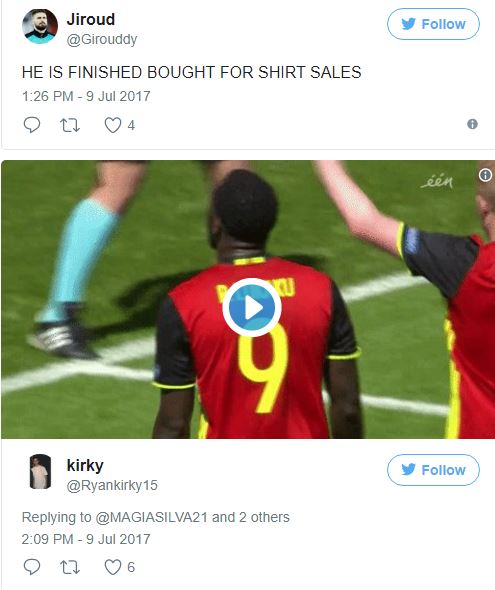 There were, however, those that wanted to pay tribute to Rooney and his career, with plenty of Everton fans looking forward to seeing him play for their club once again… 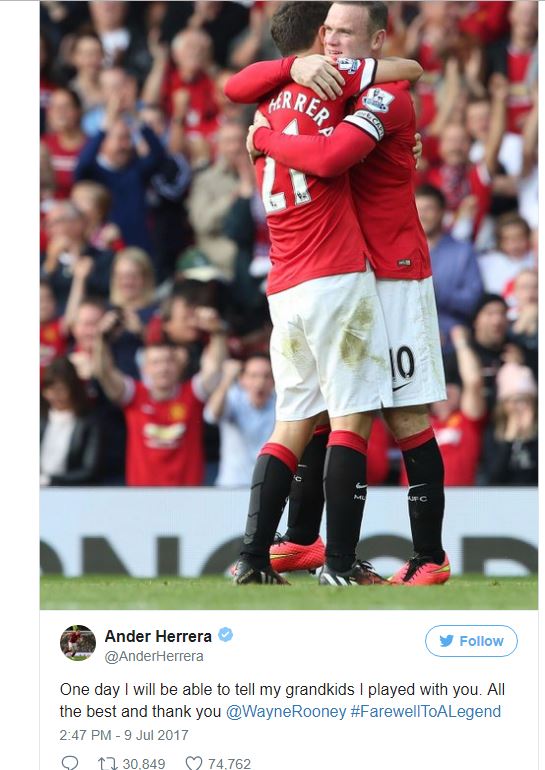 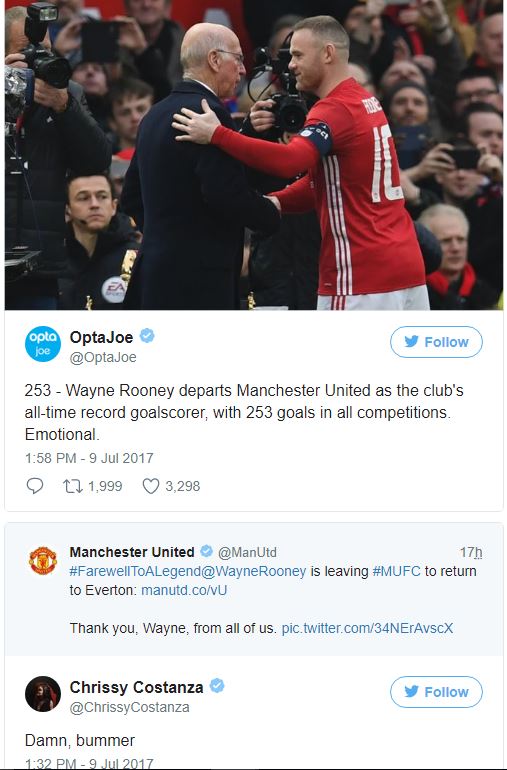 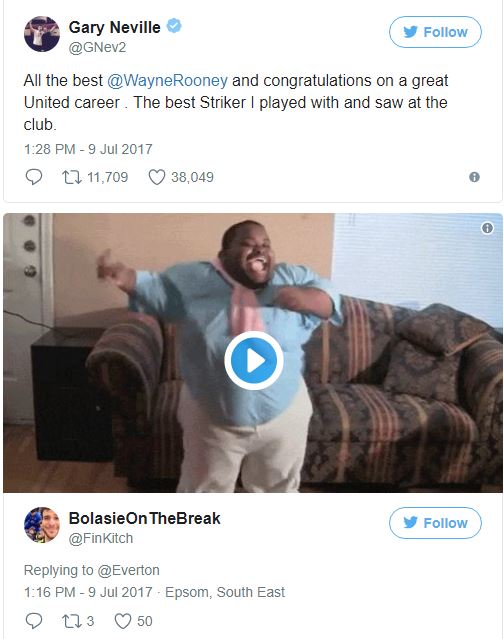 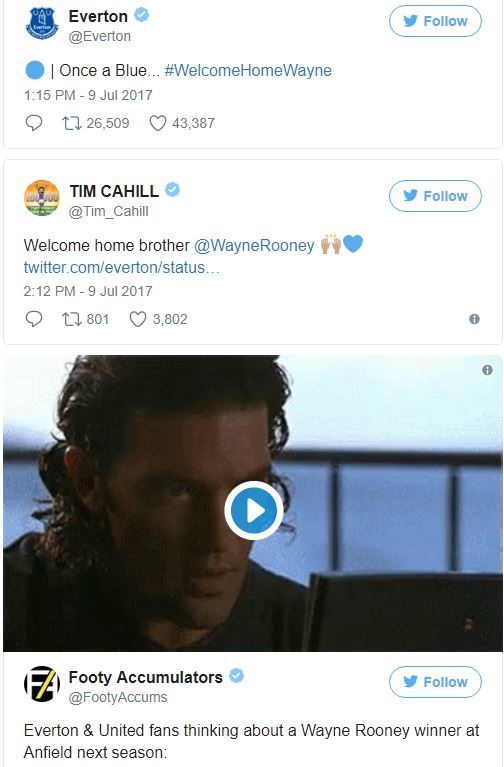