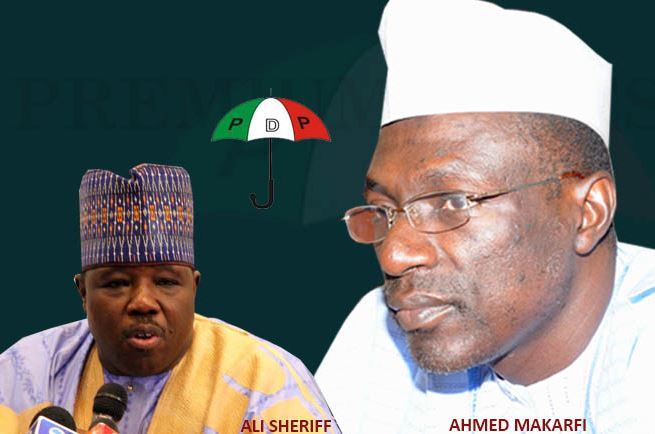 The Supreme Court has declared Ahmed Makarfi as chairman of the Peoples Democratic Party, after the long legal war with Ali Modu Sheriff with battles fought in various courts across Nigeria. Many courts have had to upturn the ruling of the one before them and the party has been split into two factions. Sheriff was declared the chairman of the party by the Court of Appeal, but the Supreme Court verdict today has recognised Makarfi’s faction.

Two out of the three member-panel, Justice B.G Sanga and Justice A.B Gumel, in their judgment said the convention disobeyed the court order and the court would not close its eyes on such illegality.

Police shoot at Saraki, Ben Bruce, Tambuwal and others at INEC Office

APC tried to kill me at Osogbo – Ademola Adeleke