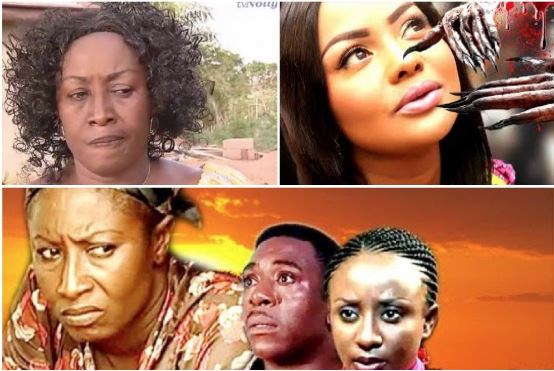 Nigerian mothers-in-law: Nollywood movies and a lot of the home videos we grew up watching as Nigerians, has eaten its way into our minds. Some of them have helped us create a wrong perception of how some things are, while others simply exaggerated certain actual occurrences. Apart from the typical occult and diabolical image that we were forced to see in many of those early movies, we picked some cultural practices and general traditions that are not always true. One very popular one is the way wives are being treated by their mothers-in-law. A lot of people grew up wishing that their future husbands didn’t have mothers or just being scared of them for no reason.

While there are indeed cases of bad mothers-in-law, there is also a lot of exaggeration that comes to play in the stereotypes we have of them. Here are just some of the really common stereotypes of mothers-in-law in Nigeria.

1. They prefer to cook for their sons

Nollywood movies certainly did a number on us with this one. Many movies have shown how mothers-in-law get mad at wives for cooking for their sons while they’re around. Who came up with this stuff?! While we cannot say if there are actually mothers that love their sons so much they want to cook for them forever, we know that it is a stereotype that is not generally adopted. It’s a very wrong and misleading stereotype.