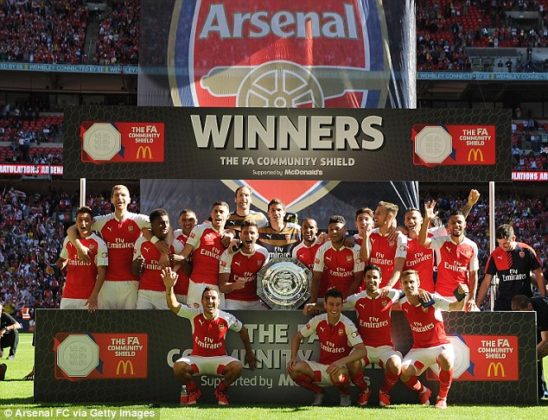 Arsenal defeats Chelsea: Arsenal won the traditional curtain-raiser Community Sheild at the Wembley Stadium with a  4-1 scores on penalties after Sead Kolasinac’s powerful header cancelled out Victor Moses’ opener in normal time. The game had ended 1-1 after 90 minutes, leading to a shootout. Chelsea goalkeeper Thibaut Courtois and striker Alvaro Morata both missed in succession.

Arsenal duo Alex Oxlade-Chamberlain and Giroud then both converted their kicks to clinch the victory. Chelsea had led during the game, with Victor Moses scoring inside a minute of the second half. Pedro Rodriguez was dismissed in the 80th minute for a studs-up sliding challenge on Mohamed Elneny.

10 Nigerian female celebrities who prove that black is beautiful