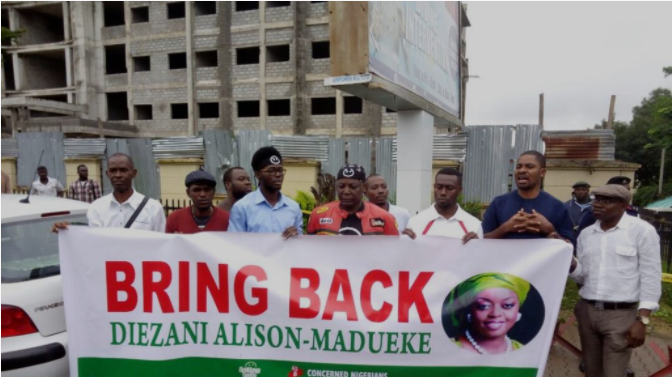 Charly Boy storms EFCC office: Ace musician, Charles Oputa, also known as Charlyboy, alongside his OurMumuDonDo protesters have stormed the headquarters of the Economic and Financial Crimes Commission, EFCC, in Abuja to demand the repatriation of a former Minister of Petroleum Resources, Diezani Allison-Madueke.

The former Minister who served during the administration of ex-President, Goodluck Jonathan, is undergoing investigations over alleged fraud committed while she was in office. Recently, a Lagos Federal High Court ordered the forfeiture of some property linked to Diezani because they were believed to have been acquired using proceeds of stolen wealth.
Details shortly…

Naira Marley and Fela no smoke weed pass me, they are apprentices – Charley Boy brags