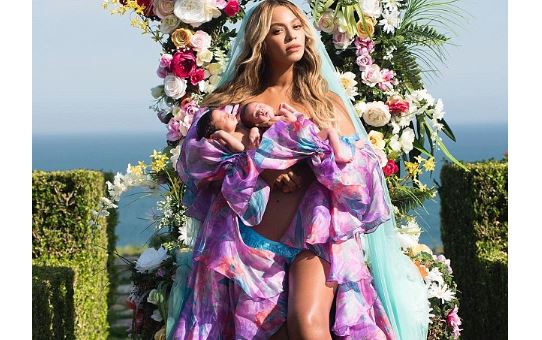 Jay Z chose Rumi and Sir as names for his twins: In a recent interview with Rap Radar hosts Elliot Wilson and Brian Miller, JAY Z reveals how he and Beyonce came up with their twins names. The rapper, who opened up in the interview said “Rumi is our favorite poet, so it was for our daughter, Sir was like, man, come out the gate. He carries himself like that. He just came out, like, Sir.”

The father of three also revealed how their firstborn, 5-year-old daughter Blue Ivy, ended up rapping a freestyle on his new album, the sexuality of his mum and more. Recall that Beyonce’s mother Tina Lawson took to Instagram to educate members of the Beyhive on their classic mystical verse.

Beyoncé named second most beautiful woman in the world