Many things you still dont know about Wizkid – His children, babymamas, luxury cars and net worth

Things you still dont know about Wizkid: Wizkid is believed to be the most popular and richest music star in the country. Starting his career at the age of 11, his net worth is now estimated to be about $11 million. His single “Holla at Your Boy” became an overnight hit and gave Wizkid a huge jumpstart for his future career. How did Wizkid manage to become so successful? Let’s take a look at Wizkid biography and his path to success.

Wizkid drops what looks like a cover for his “Made In…

From Ayodeji Ibrahim Balogun to the “Starboy” 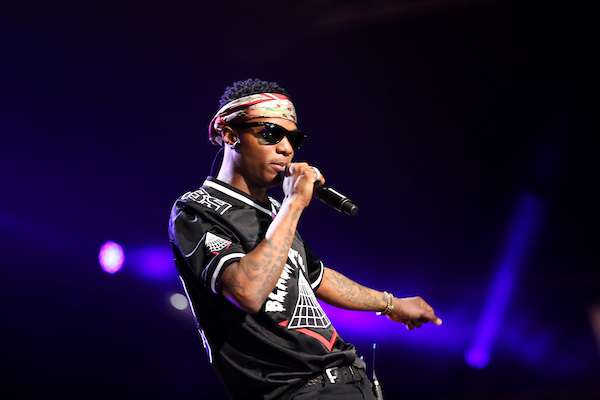 Wizkid or Ayodeji Ibrahim Balogun was born in Surulere (16 July 1990). Surulere is a small residential part of Lagos, Nigeria and is known as a commercial district as well. Wizkid spent his childhood with twelve female siblings. His mother was Christian by faith, but his father practiced Islam. Wizkid and his family did not really spend a lot of time together. In recent interviews, Wizkid claimed that his father had three wives and it made for a not-so-cosy family scenario.

Since his early days, Wizkid has been addicted to music. The first collaborative album he released was with a group called the Glorious Five which was made up of him and his church friends. In 2009, Banky W’s record label Empire Mates Entertainment (E.M.E) signed a record deal with him. Shortly after that, his first single “Holla at Your Boy” from his first studio album Superstar (2011) was released.

After the song was greatly welcomed by music lovers, Wizkid recorded some more hits, such as: “Love My Baby”, “Don’t Dull”, “Oluwa Lo Ni”, “Pakurumo”. All these singles were recorded as a part of the Superstar album.

In 2013, Wizkid established his own recording studio “Starboy”. His second studio album – Ayo, was released shortly after that in September 2014. The self-titled album included such hits as: “On Top Your Matter”,”Joy”, “Bombay” “Jaiye Jaiye”, “One Question”.

Wizkid released a promotional single “Like This” on the 5th June 2016. Produced by Ghanaian producer DJ Henry X, the song was seen as a mix of Wizkid’s style and Drakes’ tempo. Soon after the release of his second studio album, Wizkid left E.M.E. But Wizkid did not plan to leave the limelight. On 1st March 2017, the Nigerian singer signed a multi-album deal with RCA Records.

“For this life, choose better woman” – Wizkid to men