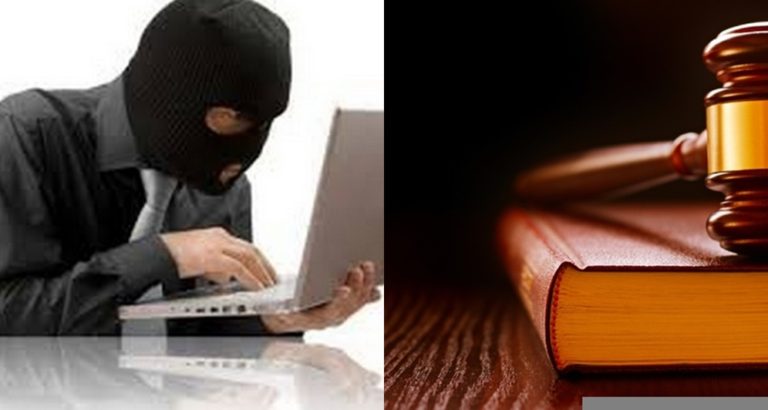 Nigerian man arrested for leaking ex-girlfriend naked pictures: A 27-year-old man, Victor Aligbe, was on Tuesday arraigned before an Ikeja Magistrate Court for allegedly uploading his ex girlfriend’s nude pictures on social media. Aligbe allegedly committed the offence sometimes August 17, 2017 at Lawal Street, Alaba area of Lagos. According to Nigerian Tribune,  the ex-girlfriend (names withheld) received a call from her former lover to come to his friend’s family house at Lawal Street.

On getting there, she was threatened with a cutlass and her phone was forcefully collected from her and her nude pictures was uploaded on a facebook account and she was also threatened with text messages, the police said. Aligbe however in his statement to the police, claimed to be an internet fraudster and that he taught his ex-girlfriend how to defraud people on the internet.

Aligbe further claimed that a white man named Ryan Kubick used to send money to them through Money Gram and because of that his partner decided to end the relationship between them but continued collecting money from Kubick. According to the report, Aligbe claimed that because of that he had to send threat messages to her.

“I am into ‘yahoo yahoo’. On Wednesday, one white named Ryan called me from U.S that he found out that my girlfriend has scammed him by collecting money from him, she collected the money on the pretence that she was coming to meet him in U.S

“I taught her how to do ‘yahoo yahoo’. I put her into the business and now she understands it, she’s now collecting the money through Money Gram without telling me anything,” he claimed

The presiding magistrate, B.O Osunsanmi granted Aligbe bail of N200,000 with two sureties in like sum while the matter was subsequently adjourned till  October 30 for mention.