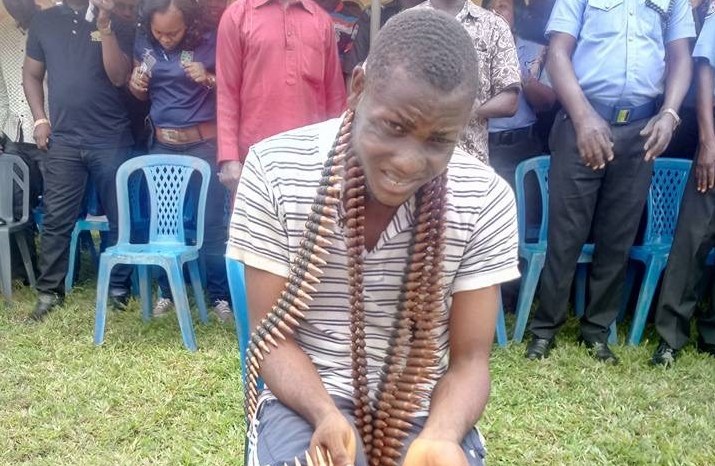 The Imo State Police Command yesterday paraded a 16 –year- old teenage boy, identified as Onyedikachi Iyaka, for suspected gun running and possession of weapons and other police kits. Parading the suspect, the State Commissioner of Police, Chris Ezike, disclosed that 400 rounds of chained GPMG live ammunition, 1,016 rounds of AK47 live ammunition, one AK 47 empty magazine, one K2 empty magazine and one army camouflage bullet proof vest was recovered from him.

Other exhibits recovered from him according to the CP were, one police bullet proof vest, one blue police raincoat, one green beret cap and one empty ammunition. 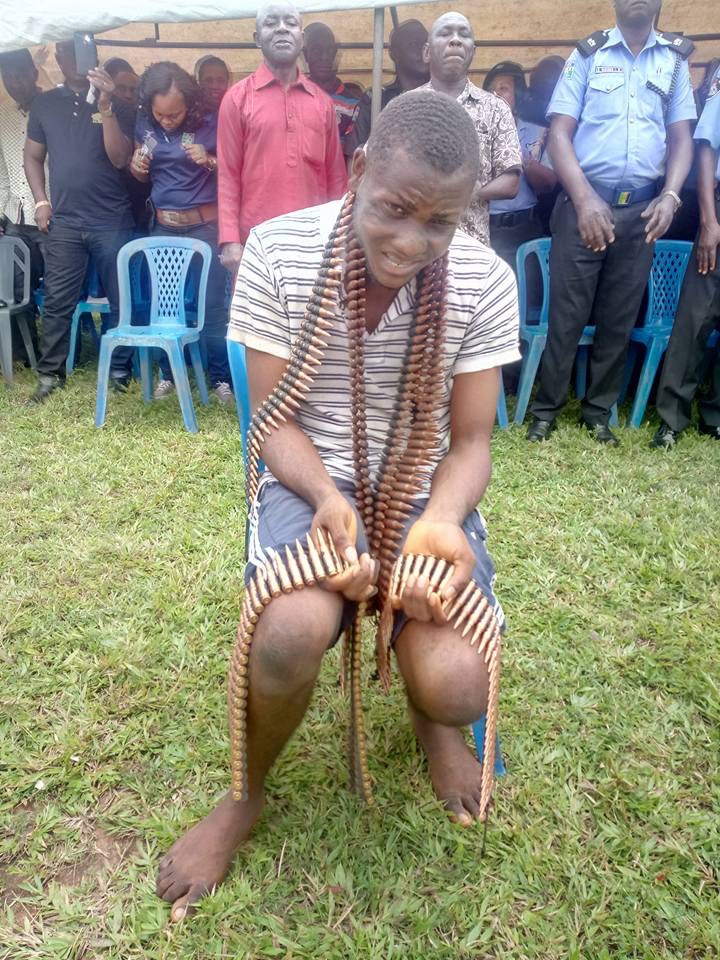 Ezike who expressed surprise and was visibly shocked by the quantum of exhibits recovered, said that recovered weapons could shoot an helicopter.

When interviewed, the 16 –year- old suspect acknowledged that he was into the business of selling ammunition untill the police caught him. But he disclosed that the crime business belong to his elder brother whom he identified as Jeff Iyaka, who is now at large.

The teenager, who hails from the Ehime Mbano Local Government Area of the state, said;

“ I am not the owner of the business, it belongs to my brother, Jeff Iyaka. I sell each packet of ammunition N7,000.”