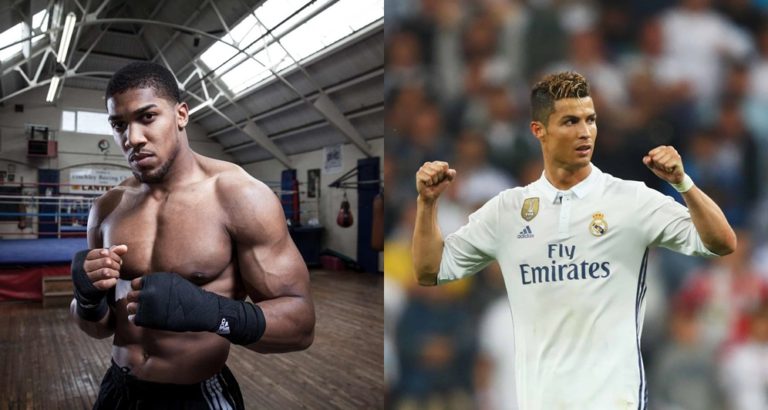 Anthony Joshua opens up: World Heavyweight champion, Anthony Joshua in an interview, explained why Real Madrid star, Cristiano Ronaldo is his source of inspiration ahead of his forthcoming bout against Kubray Pulev. Undefeated Joshua moved to 19-0 following his sensational win over Wladimir Klitschko in front of 90,000 at Wembley earlier this year and has revealed that he strives to replicate the former Manchester United man.

“It’s just little things. He would train by himself afterwards to work on what he wanted to work on.

“I was speaking to [Rio] Ferdinand who said he was the only one in the team back then who had masseuses, nutritionists, psychologists, so he had that desire.”

Joshua last week confirmed that he will face Pulev on October 28 at Cardiff’s Principality Stadium in his first fight since his stunning victory over Klitschko.

“I’ve been eager to get back in the ring since Wembley and now we’re confirmed and ready.

“I’ll be locked away, focusing on fight No 20 for the next eight weeks. I’m excited to experience the atmosphere in a sold-out Principality Stadium and aim to give the fans a spectacular night.”