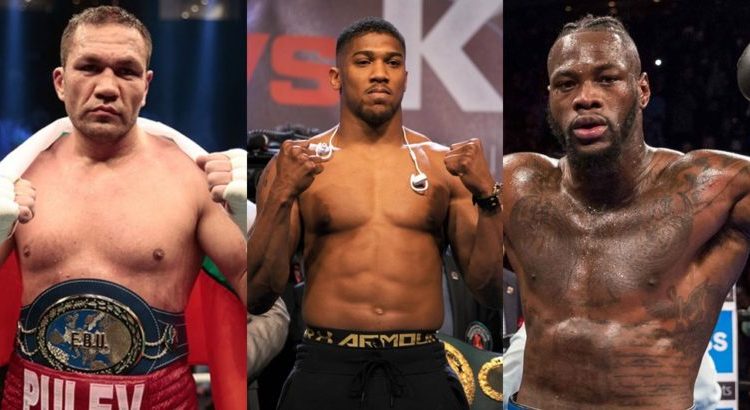 Boxing champion, Anthony Joshua, in an interview, has revealed the two boxers that can strip him off the world heavyweight title. According to him, Kubrat Pulev  – his next challenger, and  Deontay Wilder  are the biggest threats to his current rank. The Nigerian-British boxer revealed this in an interview with Sky Sports.

Get a grip, he doesn’t even know you exist -Nigerians blast…

“My biggest threat is two people. My next challenger, Kubrat Pulev, because if I make one slip-up it all goes wrong”, Joshua said.

“Deontay Wilder is making noise in the States and that’s a fight that people want to see. So Wilder is a threat, as well.”

“I can’t let myself down. I’m capable of beating everyone – this is my ego talking – but I’ve got to keep my feet firmly on the ground.”

This coming ahead of October 28, 2017, unified world heavyweight champion showdown at the Millennium Stadium in Cardiff. The fight would be the first time of Anthony Joshua in the ring after a definite win overWladimir Klitschko in April this year. Joshua hoped to have a lucrative rematch with the Ukrainian in Las Vegas, but Klitschko opted for retirement. This leaves him with Kubrat Pulev as the last and mandatory option.