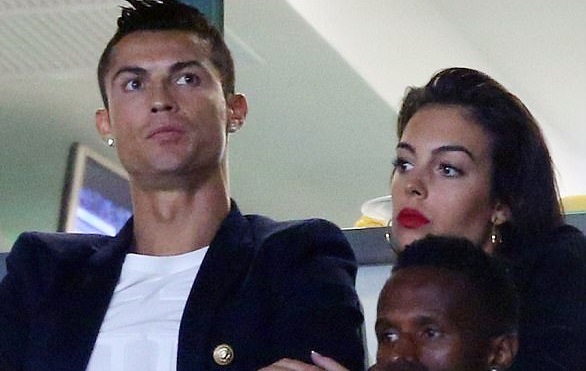 Real Madrid striker Cristiano Ronaldo and his pregnant girlfriend Georgina Rodriguez returned to his former club Sporting Lisbon on Saturday evening to watch them play against Tondela in Portugal’s Primeira Liga. The former Manchester United star received a hero’s welcome as he met up with old friends at the 50,000 capacity Estadio Jose Alvalade.

Ronaldo who sat out the final weekend of his five-match ban for shoving a referee in August, was part of the Sporting Lisbon youth team from 1997 to 2002 and played for the first team in 2002-03 -before departing for Manchester United.