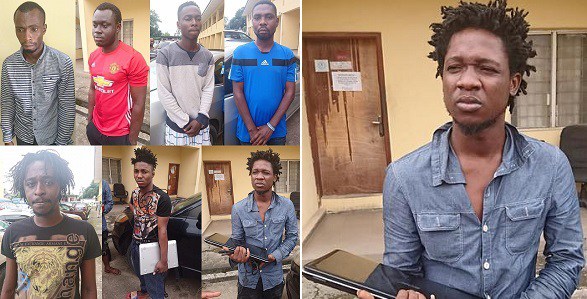 They were arrested following intelligence report about their alleged involvement in some criminal activities.

The suspects who were arrested around the Egbeda and Agege areas of the state, were said to have defrauded their victims whom they connected with on some online dating sites, of huge sums of money in different currencies posing as Americans.

Evidence gotten from their emails contain account usernames and passwords of their victims who are mainly Americans. The scammers who are experts at stealing domain names of persons and organizations also use their victims as money moles to transfer monies between countries.

Shocking new photo of Bobrisky surfaces on the internet