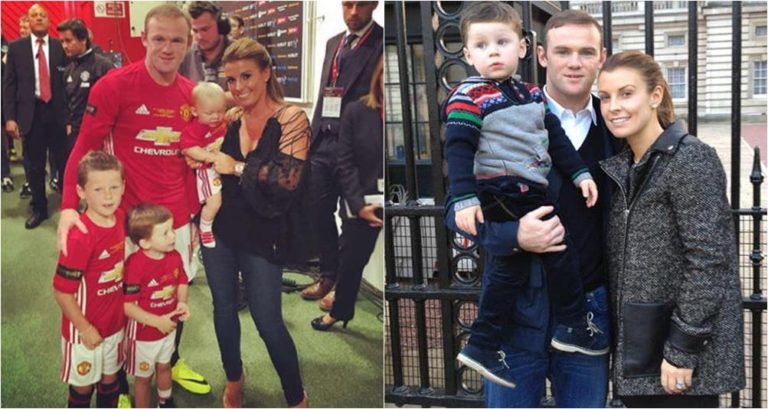 Wayne Rooney begs pregnant wife: The Everton star Wayne Rooney after being arrested for drink-driving while on a night out with party girl Laura Simpson which has led to his marriage being shaky. The embattled Footballer has begged his pregnant wife Coleen, not to walk away from their marriage. Sun UK sources claim that the Everton player, who Laura admitted she would have slept with that night as he kept admiring her boobs during their night out, has been “upset and feeling alone all week” since the scandal.

“Wayne has pleaded his innocence of doing anything with Laura and told Coleen he will do anything to keep the family together.

“He has told her that she and the kids are his world.

“But it has been very tense all week and Coleen has been making it clear she hasn’t decided whether to forgive him.”

The source added that Rooney insisted that he was only trying to “help out Laura” by driving her home.