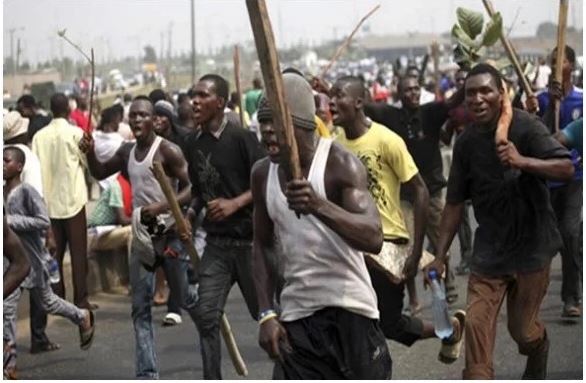 Hoodlums invade female hostel: Horror as some men of the underworld invaded a female hostel where they reportedly attacked and sexually assaulted the ladies. According to PM Express, the s*x starved robbers attacked the hostel located at Owe Street, Fadeyi area of Lagos. The robbers stormed the hostel and had their way with some ladies, before they carted away their phones and escaped.  An eyewitness said that the attack took place in the night as the thieves rounded up the victims (names withheld) and engaged them in sexual romp.

Some of them reportedly sustained injuries in their privates as a result of the forceful assault and were undergoing treatment in various hospitals. The matter was reported to the police at Oniwaya Division who moved into investigation and eventually arrested one of the suspects. The suspect, Friday Effiong has been charged before Yaba Magistrates for conspiracy, assault and stealing under the Criminal Code. He pleaded not guilty.
The presiding Magistrates, Mrs E.N. Johnson granted Effiong bail in the sum of N100,000 with two sureties in like sum. He was remanded in prison custody pending when he will perfect his bail condition. The police is now looking for other suspects who were involved including their leader who was also identified as the leader of a cult group in the area. The matter has been adjourned till October as the court was said to be on vacation.