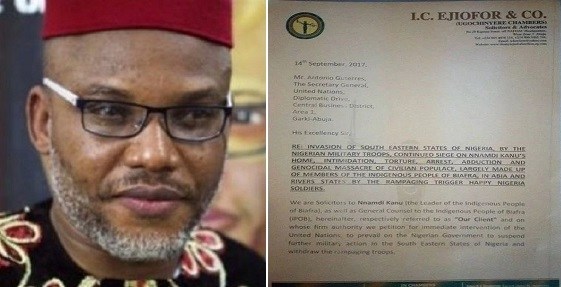 According to reports from Naij, the Leader of the Indigenous People of Biafra (IPOB), Nnamdi Kanu has petitioned the European Union over the ongoing military operation in the South East region of Nigeria. Kanu, in a letter dated September, accused the Nigerian military of intimidation, torture, arrest, abduction and killing of civilian populace in the southeast.

The letter which was written by the counsel to the IPOB leader, Ifeanyi Ejiofor, was addressed to the secretary general of the United Nations, Antonio Guterres, the European Union High Commission, the presidents of United States of America, Russia and Israel.

Other countries addressed are the United Kingdom and France. In the letter Nnamdi Kanu appealed for the immediate intervention of the UN, the EU, the US and these other countries on the invasion of the military in the region.

Kanu enjoined the comity of nations to prevail on the Nigerian government to withhold further military action in the south eastern states of the country and withdraw ‘the rampaging troops‘ from the region.

See the letter below; 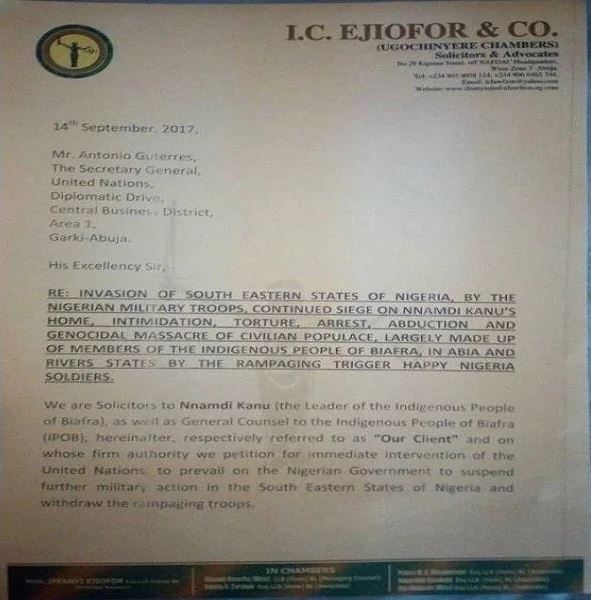 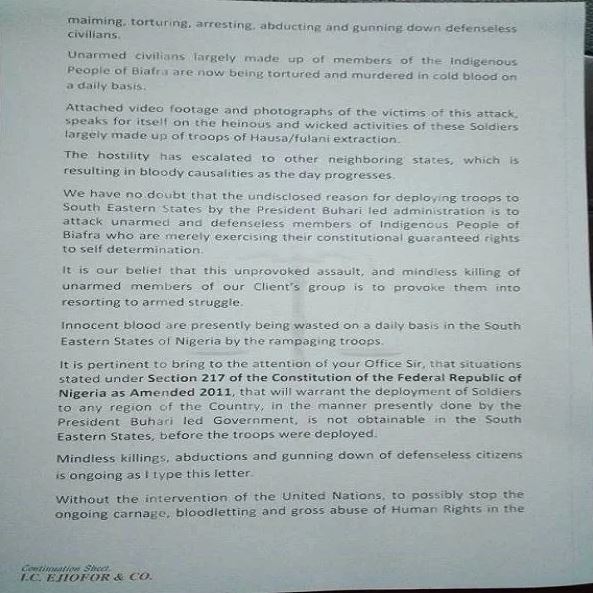 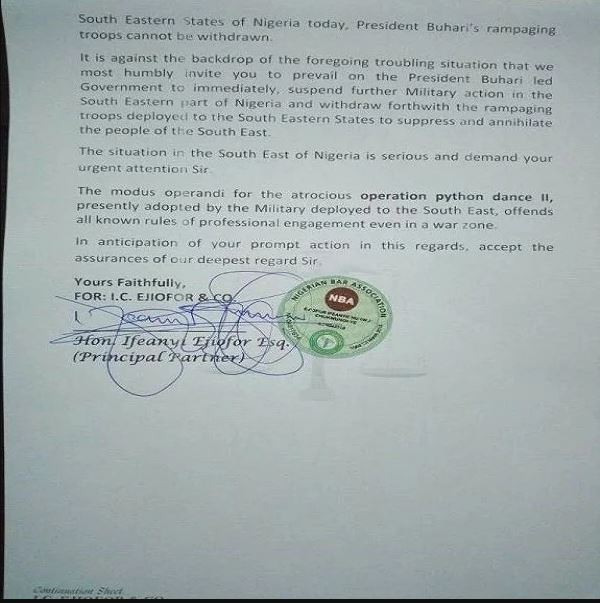