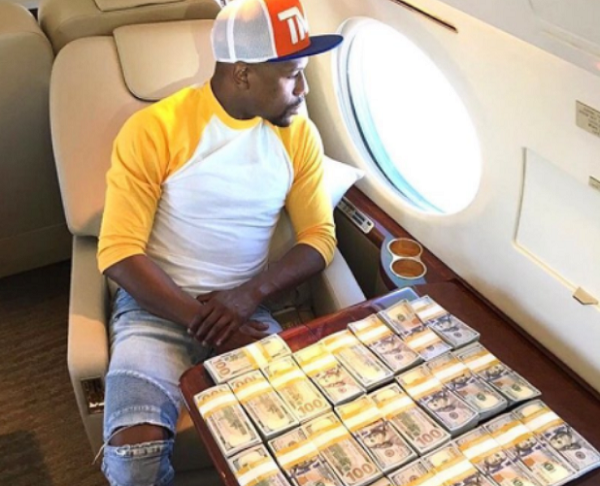 How do you roll after winning a $500m superfight? Burn a large chunk of it on a retirement home…if you’re Floyd Mayweather, of course. The former boxing champ continues to burn the cash after hanging his gloves in the wake of his comeback victory over Conor McGregor to take his ring record to an awesome 50-0.

After splashing on fans, crew and strippers, the Moneyman has stumped up $26million cash to buy a luxurious six-bedroom property in Beverly Hills, Los Angeles.

The deluxe pad set behind the famous Beverley Hills Hotel boasts a private 20-person cinema, cocktail bar and a separate guest house with its own gym.

And Sun reports that Mayweather has even spent a further £370,000 on top of the sale price on home furnishings as he makes the most of the $125m loot he carted away from the McGregor fight last month.

Other features of the two-storey property include a row of ten French doors that open from the living room to the grounds, landscaped gardens with black-and-white marble surrounds, with luxury sofas and an open burner to keep guests warm outside in the evenings.

Mayweather’s master bedroom boasts dual bathrooms and a private terrace looking down onto the pool area. There’s a Miele-equipped concession bar and plenty of room to park his fleet of luxury cars.

The moneyman once said you gotta be doing something right to earn nine figures…kinda hard to argue with him.