Nas Nicki and Minaj appear to have confirmed their relationship after being spotted kissing in several Snapchat videos from Nas’ 44th birthday party. During his 44th birthday celebrations, the rap mogul can be seen wrapping his arms around Nicki before kissing her multiple times on the face and neck.

“Save all that!” says one onlooker in the background of the footage.
The Hip-Hop couple have been rumoured to have been dating since May this year. Nicki Minaj and Nas have sparked more dating rumours after celebrating Nas’ 44th birthday together on Wednesday night. Footage has surfaced of the Queens couple wrapping their arms around each other as Nas is presented with a candle-adorned birthday cake during his party. Family and friends can be heard singing ‘Happy Birthday’ to the rap mogul whilst his rumoured beau rests her hand on his chest. 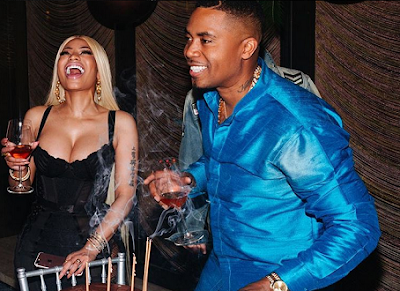 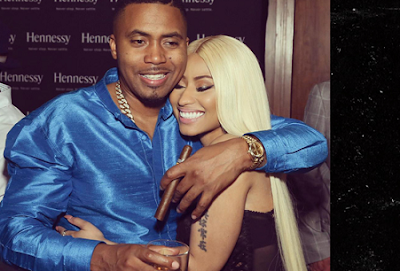 Back in May, the potential power couple sent the rumour mill spinning after posting a very cosy selfie of the pair snuggled up together on Instagram. The New York natives were wearing identical chains in the snap, prompting many users to believe that the duo remote than just friends. Adding fuel to the fire, Minaj appeared on Ellen later in the month and confirmed that the couple have had “sleepovers”.

Meanwhile, the ‘No Frauds’ rapper recently accused the fashion industry of cultural appropriation during a performance at New York Fashion Week.