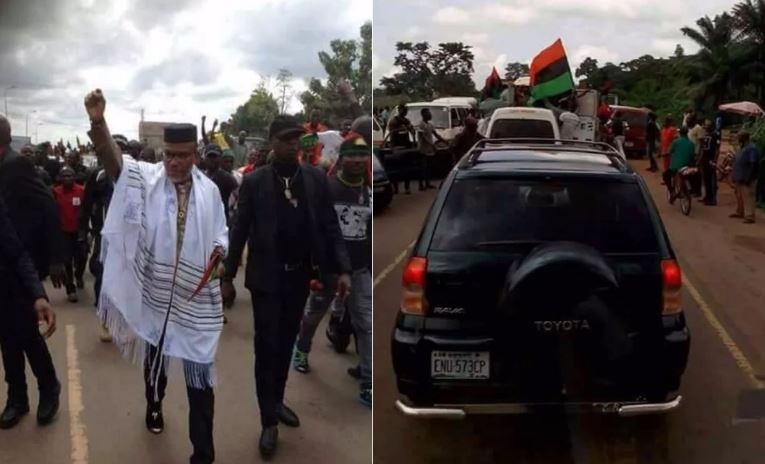 The Nigerian Army has launched a manhunt for leader of the Indigenous People of Biafra (IPOB), Nnamdi Kanu, barely 24 hours after the group’s proscription. Kanu’s whereabouts are unknown since the proscription was announced. The IPOB leader is on bail for alleged treason charges leveled against him. The Nation reports that his bail sureties, might be asked by the security agencies to account for him.

Also, security agencies are investigating Kanu’s alleged foreign links. Investigators are said to be analysing a video clip of Kanu and a Turkish citizen as part of the probe.

“Troops have been given a firm order to fish out and arrest the IPOB leader. As a prelude to it, the Defence Headquarters on Friday declared IPOB as a terrorist organisation. “Intelligence has, however, revealed that Kanu might have gone underground. As I speak with you, troops have actually searched his house and he was not found there.Troops have a mandate to arrest him wherever he might be,” a source said.

Asked what if he is not found the source said: “We might follow legal process by holding his sureties responsible. These sureties will have to produce him.” On the probe of Kanu’s alleged foreign links, another source said: “We are looking into the allegations of foreign support for Kanu. We are doing a profiling of his foreign contacts. We have some clues but we need to dig deeper.”