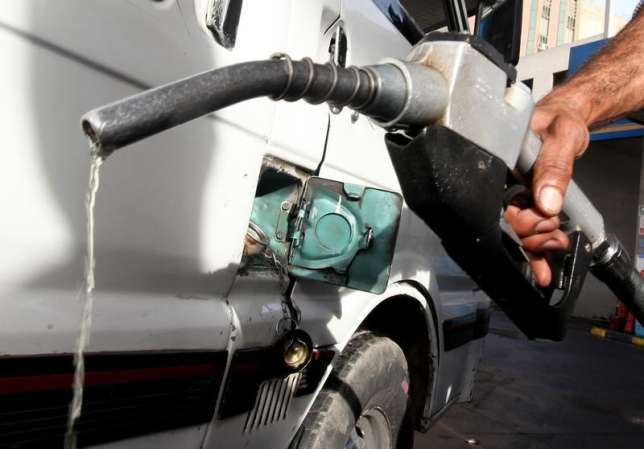 The Nigerian National Petroleum Corporation (NNPC) says the prices of petrol, and cooking gas have crashed across the country. The Corporation said its sustained strategic intervention in the efficient supply and distribution of petroleum products led to the significant fall in the prices of the products. A statement issued on Sunday, September 3, by the NNPC spokesman, Ndu Ughamadu, said a national survey by oil and gas forum, NNPC’s weekly TV programme, indicated that in the last few weeks, the price of petrol has fallen steadily from N145 per litre to between N142 and N143 per litre in some stations across the country.

There will be no fuel scarcity during Christmas – NNPC

Ughamadu said the study showed that NNPC mega and affiliate stations across the country are selling the product for N143 per litre, while the pump price range from between N142 and N145 per litre in some major and independent marketers in Lagos, Abuja, Sokoto, Enugu, Delta and other major cities.

“One of the respondents in the survey and a manager at an independent fuel retail station in Abuja, Mohammed Abdullahi, said the station currently sells petrol at N142 per litre in line with the prevailing market situation in order to sustain the turnover of the business and to attract more motorists to the station.

“Another independent marketer in Mosimi, Emeka Ikechukwu, said the going ex-depot prices of PMS had dropped from N138 per litre in most depots to N133.28 in NNPC depots and between N130 and N131 per litre in private depots.

“However, the situation is slightly different in Aba and Umuahia in Abia State and Calabar in Cross River state where most independent fuel stations as well as major marketers selling the product at N145 per litre.

“The survey also showed a similar trend of drop in price for cooking gas with the average price for refilling 5kg cylinder at N2,215.96 from the former price of N2,500.00.

“At the NNPC Mega and retail stations nationwide, a 12.5kg of cooking gas that was sold for N4,500 a few months ago is now sold for N3,800 while other retail outlets sell the same quantity for N4,000.

“NNPC has sustained its interventions through sustained improvement in the supply of the products and remodeling of distribution channels to address sufficiency issues across the country,” he said.

According to him, the NNPC has stepped up the resuscitation of some of its “critical pipelines and depots” such as the Atlas Cove – Mosimi depot Pipeline, Port-Harcourt Refinery – Aba depot Pipeline, Kaduna – Kano pipeline and the Kano depot which have enhanced efficiency in products distribution.

He said there are ongoing efforts to revamp and re-commission other critical pipelines and depots nationwide, to further push down the prices of petroleum products for the benefit of consumers.

Man dies tragically a week after his wedding introduction (photos)