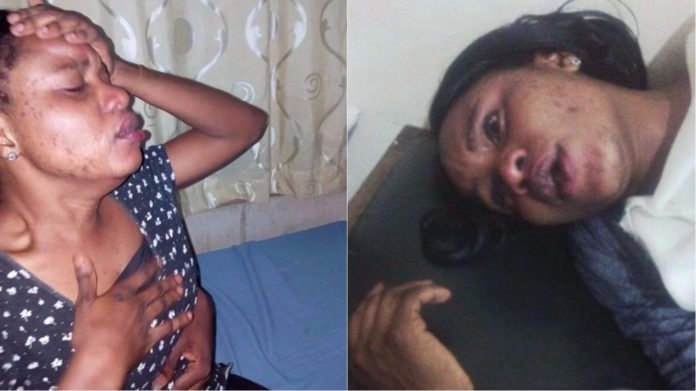 OAU SUG excos: We earlier reported that the leaders of the Obafemi Awolowo University (OAU) Student Union Government (SUG) broke into a serious fight over disbursement of money.

According to reports, two people landed in a hospital following a fight between members of the SUG in OAU Ile-Ife, Osun state, on Tuesday, September 5, 2017. The students had reportedly been fighting over N3.8m which had been given to them by the school’s management, to disburse for useful projects within the institution.

The fight which led to bottles being broken and the SUG vice president, Miss Tosin Jacob allegedly stabbing the social director, Adebayo Emmanuel, in the arm after he reportedly gave her a headbutt, started during a meeting they had called to discuss how the money would be shared.

Confirming the fight between the excos, the Public Relations Officer (PRO) of the SUG said:

“What happened is not something we can keep elaborating on. The breaking of a bottle occurred in a meeting held inside the president’s office is not an issue for public consumption and it has been resolved. Even at home and at the federal level, we have misunderstanding. So, we had one here and it has been settled. This is a human setting and anybody can pick an offence.”

Confirming that the money has been disbursed to the SUG leaders, Prof. Isiaka Aransi, OAU’s head of student affairs division said:

“The money has been disbursed. It is their money and it was approved for disbursement.“

Reports claim that the SUG had earlier been accused of embezzlement by the students, following claims that they had bought a bus for N900,000 instead of the N2.5m they said they had spent out of the N3m they received.

Two Ghanaian evangelists fight over offering in a market (Photos)