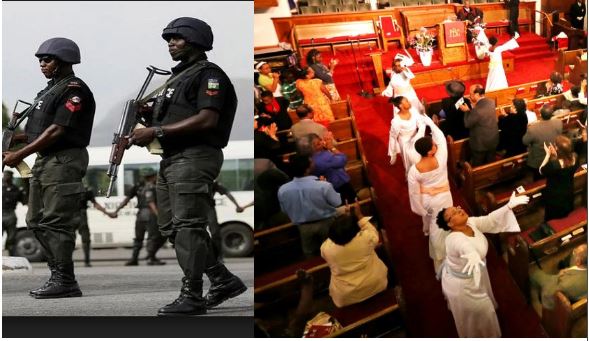 The Police in Enugu State has arrested nine suspected rapists whose mode of operation is to attack women who go to church vigil. Confirming the incident, the spokesperson Ebere Amaraizu, said that the suspects were nabbed during a night vigil in a church located at Akpasha community in Nkanu West Local Government Area, following a well-coordinated intelligence information.

According to Amaraizu, the suspects usually pretended to be worshippers in the church only to monitor female worshippers going out to ease themselves, and then attack them.

“This nefarious act is done while service in the church is going on, and after the rape, they run away,” he said.

Amaraizu said the suspects are currently helping the police with investigations.

All churches in Ogun state should shut down henceforth – CAN orders