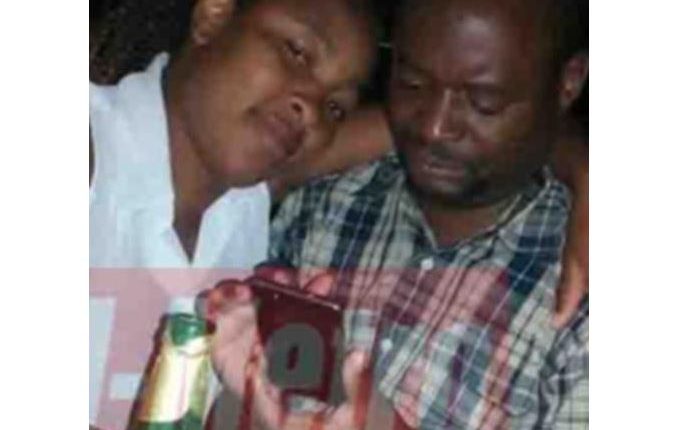 Hmetro Zimbabwe, reports that a prostitute leaked her photograph with a married lover in order to extort money from him. Trisha Dzuro, who brags over snatching married men, is alleged to have asked a freelancer photographer at Zindoga Shopping Centre to capture her downing ‘wise waters’ with her married lover Taperesu Zhou recently. Trisha is alleged to have later leaked the photograph to Zhou’s wife Tabeth by sending a love message and the photograph with the intention to extort her lover’s money, impeccable sources told H-Metro.

Contacted for comment, Zhou confirmed receiving calls from an anonymous female voice threatening to embarrass him if he failed to pay her money.

“To be honest I was cheating with Trisha for some time but I have since stopped after discovering something I cannot disclose,” said Zhou.

“I do not remember how and when the photographs were taken because I was drunk but I smelt a rat after an anonymous caller demanded US$300 threatening to embarrass me using the photographs.

“I informed a police officer and the lady who identified herself as Jackie failed to show up to where we had agreed to meet for payment.
“The lady was after extorting me,” said Zhou.

Trisha confirmed bedding Zhou saying Tabeth has no right to disturb her affair since she is not legally married to Zhou.

“Zhou is my boyfriend and Tabeth must not disturb my peace because she is not legally married although they have children together,” said Trisha.

“I am not a sex worker as what she want people to believe, izvezvi ndiripaZindoga madeko ano, that photograph shows that I am in love with Zhou so let people including H-Metro shut up about it.

“I never planned to extort Zhou his money because he can give me any amount I want since we are in love.

“Tabeth’s young sisters are up against me but their actions will never stop my affair with Zhou asi mari haaunze yese kumba kwangu vanodyawo wani. “Zhou’s friend is the one who took the photographs in question and I want to believe that he is the one who leaked them not me,” said Trisha.

Tabeth told H-Metro that Trisha’s messages on her mobile over Zhou is disturbing her family peace daily.

Reports were that Trisha organized with her friend in sending a message to Zhou using a South Africa mobile contact threatening to expose Zhou to extort him.

“Ladies, you have no right over your boyfriends”- Reno Omokri

Peter Okoye brags about being a great singer, a multi-instrumentalist and a great dancer