Rihanna admits she has regrets about losing her virginity 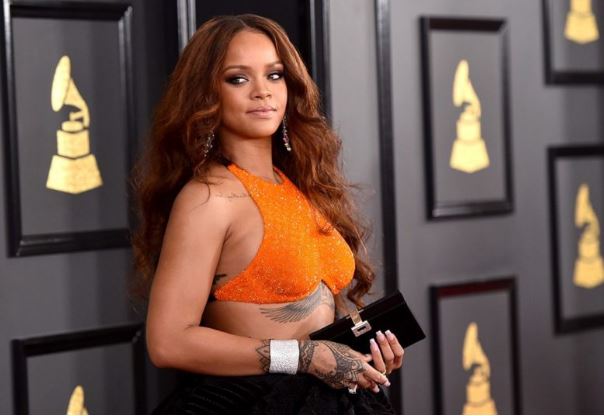 Rihanna admits she has regrets: Rihanna has hinted that if she could go back in time, she would change the way she lost her virginity. Talking to Elle magazine for their October issue, the singer was asked by renowned magician David Copperfield where she would choose to go if she could disappear and reappear anywhere in the world. He told her: “I’m not kidding, this is a real offer: I can make you disappear and reappear anywhere in the world. Where do you want to go, and why?”

I have reconciled with Chris Brown, we are now close friends…

And Rihanna’s response was: “10 minutes before I lost my virginity… and I’m holding you to that offer. LOL.” Copperfield’s question was just one in a series of unusual questions for the 29-year-old, who also batted questions from the likes of Eminem, Tyra Banks, Zac Posen and Pharrell Williams. The Magazine said their aim was to ‘turn the tables and invited some of her famous friends and fans to share the questions they were dying to ask the global megastar.’

Rihanna also admitted she is making the most of her assets before she gets older and her body changes. When Actress Laverne Cox asked the megastar what gave her the courage to wear the iconic see-through Adam Selman dress to the CFDA Awards in 2014, Rihanna’s response was:

“Dear Laverne, I took advantage of my titties before they go south. I saw my window, and I took it.”

When further asked what the craziest thing she’d ever done for beauty was, the singer revealed it was wearing a corset: “A corset! I’d do it again, though. I’d wear it every day if I could make it out alive!” Riri said. Meanwhile, the cosmetic industry is eagerly counting down Rihanna’s uber-anticipated beauty line — Fenty Beauty, much of which is still a mystery. The line officially launches on September 8, at 12 A.M. PST. But going from the teaser ad that Fenty Beauty dropped on Instagram on Friday, September 1, it is speculated that the line would be inclusive (it featured models with about just every skin tone). The singer allegedly confirmed that Fenty Beauty will have 40 foundation shades when she responded to a message from a fan on her social media account. When asked if Fenty beauty was really going to have 40 foundation shades, Rihanna responded:

“You knoooowwww it!!!!! Gotta represent for my girls and we come in all shades! Especially my brown sisters…been left out too many times in the makeup world!”

More so, Fenty Beauty posted an Instagram teaser of what looked like foundations, showing two shades at opposite ends of the skin-tone spectrum, adding further evidence that the line will embrace a multitude of skin tones. The wide range of hues in the Fenty Beauty collection aren’t the only element of the launch that has yet to be 100 percent confirmed — there is also speculation from the teaser video that the beauty line will include an epic lip gloss, too.