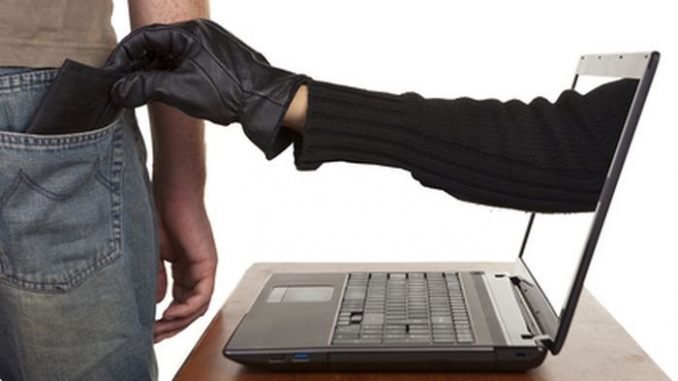 A young man, Etuky Abasiono, who fell victim to scammers who now use a new method to wipe out money from people’s accounts, shared the story warned people.

A week ago, I boarded a bus at Obanikoro (Lagos) heading for Costain/Orile, highlighted at Ojuelegba, on getting past the traffic light, I became conscious of the fact that my phone was missing. I dialed my number and it kept ringing & ringing till it was switched off.

I kept faith and was hoping for a possible reunion but that was the biggest mistake of my life.

Later in the day I dialed my number and it rang, I was glad thinking the fellow had removed my sim from my phone and inserted it into another phone just to get to me but after 3 trials without picking, switched off was all I heard (my android phone has password, so its either my phone was formatted or sim inserted into another phone that made the ringing possible after it was switched off prior to this time, I should have known). Then I became worried but still kept faith, stupidest mistake.

While in a bus heading home, I decided to use the phone of the passenger who was right next to me so as to tell my parents I’m phoneless cos they’d be worried for sure, only for me to be told he faced similar situation & had his account emptied using his number, then it dawned on me that they could have been transacting at the time my phone was ringing that evening.

I got home & ran to the nearest ATM machine, on seeing my balance my face dropped, they had emptied my account.

Didn’t know when I bursted into tears, seeing yourself loose money you worked hard for to a total stranger is not what I will wish even an enemy.

I wept at that ATM stand for almost 20 minutes till I was able to gather strength home, I thank God for taking me home cos I still don’t get how I crossed that Ikorodu Expressway seeing 2 oncoming heavily loaded tankers barefooted.

I’m not afraid of starting all over but I’m just scared someone else might not take it as light as I did.

So I’m using this medium to bring everyone to alertness. Be conscious of your phone!!! How they did the transaction I have no single idea and if you are using GTbank you sure need to double up.

Probably if I’d read or was aware of such occurrences, would have just blocked my account & number immediately.

See what scammers are doing with actress Fathia Balogun’s name