Suya man who tried to use 4-year-old-girl to prepare Suya in Lagos, pleads guilty 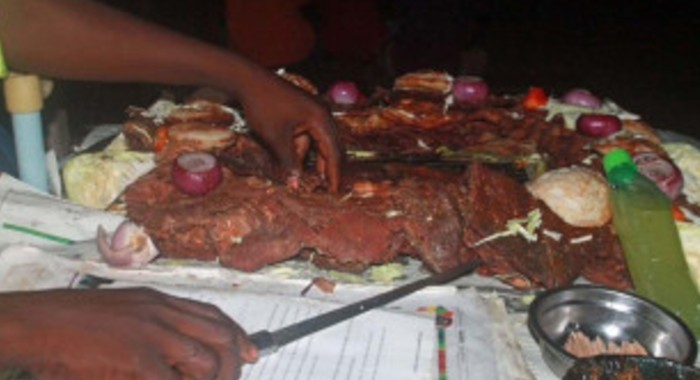 A man who sells roasted meat popularly known as Suya has pleaded guilty to the attempted murder a four-year-old girl before an Ebute Meta chief magistrates court in Lagos state. Halilu Abdulahi, 40, was arraigned before Chief Magistrate Ajibade on a two-count charge of attempted murder and unlawful assault, the News Agency of Nigeria (NAN) reported. The accused pleaded guilty to the charges preferred against him.

The prosecutor, Sgt Hafsat Ajibode, told the court that the accused committed the offences on August 18 at 5.35 pm at No 1, Denton street Ebute Meta.
She said the accused lured the four-year-old girl, Alimat Durojaiye, with biscuit while she was playing with her peers and had attempted to slice her throat with a knife.
“The accused had fled with the child to white Sand area in Oyingbo market where he attempted to cut her throat with a knife.
“A passerby, Muritala Mahmud, who heard the screaming of the minor, had rushed to save her, and in the process got his left hand bitten by the accused while trying to escape,”she said.
.
NAN stated that the offences contravened Sections 173 and 230 of the criminal law of Lagos state, 2015 (revised).
.
The incident was on Wednesday, August 30 confirmed by the out-gone Lagos state commissioner of police, Fatai Owoseni, who said that the man who tried to rescue the girl sustained a minor injury on his hand.
However, a brother to the suspect who identified himself simply as Ibrahim, attributed Abdulahi’s actions to mental instability.