Untold story of Miss Sahhara, the Nigerian guy who transformed to a lady (photos + video) 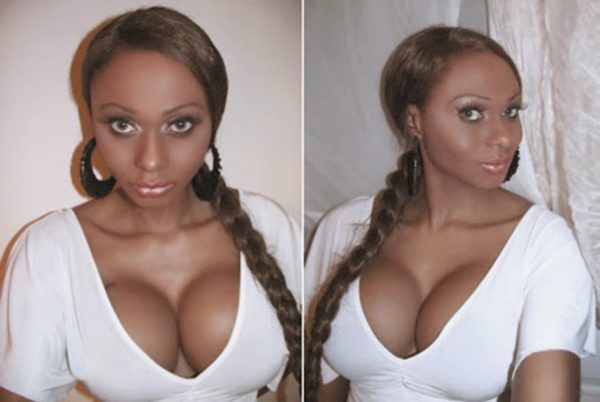 Untold story of Miss Sahhara: This is the story of Iris Sahhara Henson, 29-year-old singer and supermodel who was born a man but now is a pretty woman. When God created the first humans, they were of two kinds; male and female. The world finds it incomprehensible and difficult to accept or recognise the Third Kind, those born with the wrong body chemistry. Generically called transgender, they are an endangered species, constantly subjected to xenophobic reaction which atimes include discrimination and imprisonment.

One of such unfortunate human beings that has felt the wrath of the world is Iris Sahhara Henson, 29-year-old singer and supermodel who was pretty enough to contest for the 2011 Miss International Queen Pageant in Pattaya, Thailand and ended first runner up. Born Clifford Oche to the family of Mrs. And Mrs. Agbo Ella in the dusty Benue town of Otukpo, he was raised in the capital city of Abuja. After two failed suicide attempts he escaped to London ten years ago where he has since been living as a woman.

Sahhara Henson, one of the first known Nigerian transgenders, is yet to find the absolute freedom she craves. Recently, Facebook threatened to shut down her account because of the offensive pictures she was posting. Forced to vent her frustration, she blamed religion for a world that has gone awry. In one of her diatribes, she claimed the world has been screwed by religion and she cannot wait to die. In a rare show of concern, she condemned the atrocities committed around the world in the name of religion, with explicit reference to the 200 Chibok girls abducted by the Boko Haram insurgents in Northeast Nigeria.

Nonetheless, Sahhara continues to face public condemnation. The most scathing attack happened last year, when she inadvertently stirred the hornet’s nest by speaking about how happier she is now that her dream of becoming a woman was achieved.