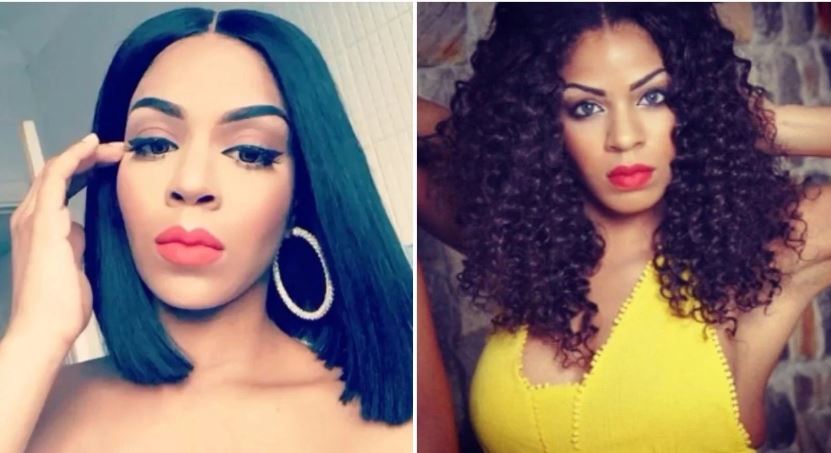 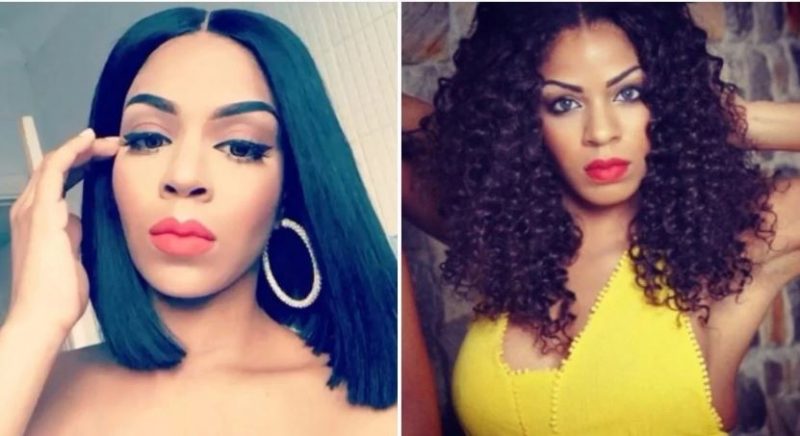 Actress, model, and former video vixen, Venita Tarka Akpofure in a recent Interview with Punch opened up on her career, marriage and more.

I have reconciled with Chris Brown, we are now close friends…

I was born in Benin and I am the first of four children. I lived with my maternal grandmother until the age of nine when I went to join my parents in Europe. As a kid, I liked to cook, or at least pretend that I was cooking.

I attended the Kingston Hertsfordshire University, UK, and I graduated with a degree in accounting. When I was little, I really wanted to become a singer. I thought I was going to marry Michael Jackson at some point. I also wanted to become a fashion designer. When I was in the university, I belonged to a small, select group of females called Femme Fatales. Back then, we used to organise events in the university circuit from London to the Midlands. I never really considered acting as a job until I returned to Nigeria.
Transition

It wasn’t easy understanding and getting used to the Nigerian system, and till now, I don’t think I’ve gotten a perfect hang of it. Some of the problems I faced upon returning to Nigeria include the fact that people felt I had an easy life where I was coming from and that I was just looking for another stepping stone. I was definitely discriminated against. There were some actresses, though I wouldn’t mention their names, that never wanted to work on the same project with me. They had preconceived notions about me just because I was young and cute.

Initially, my family members weren’t in support of my career. But they knew that I tilted towards the creative side because I was into make-up, dancing and fashion in London. All I had was my determination to make it despite the odds stacked against me.

The highlight of my modelling career was when I was endorsed by Martini, to celebrate their brand for a couple of years. My face appeared on most of their billboards and other advert materials; it was indeed my proudest moment as a model. Apart from that, my face is also on some products even till now. Since I started acting, I have not been consistent as a model. And that’s because my body has had to change over the years; I have two children.

The first music video that I appeared in was shot in England, and it was for a song, Not a Hater, by an up-and-coming artiste called Mr. Wong. I cannot recall the title of the first music video I appeared in when I got to Nigeria, but it was by an artiste called, Hakym D Dream, and Karen Igho was in the video too. Being a video vixen was quite tough because a lot of people believe that dancers are promiscuous, so I had to deal with that. But I gave in my best to all I did and before long, I started getting recommendations. My breakthrough as a music video dancer was when I appeared in Skales’ Mukulu video; it went viral at the time and I was recognised for it.

I don’t recall the title of the first movie I acted in because I didn’t play any major role. Though it may be surprising to many people, I have only appeared in about 10 movies. After my first experience on a movie set which I didn’t find challenging, I became strategic in only accepting certain roles. Some of the movies I have starred in include Akam, in which I acted alongside Alex Ekubo; and While You Slept, with Ini Edo, among others. I have been in other TV series like Losing Control, and also in some productions that have not been released. I have not produced any of my own movies, but it’s something that I may do later on. I would also like to produce programmes like TV series, and reality shows. At the moment, I’m not sure if I would return to active acting. It would take something significant and extraordinary to get me to return to the screen.

Being on that set was like being with family. I was always excited whenever I was on set. Apart from our looks, I don’t think I share any similarities with Mimi, my character in the TV series. However, I am also opinionated and outspoken.

I felt very awkward the first time I presented a program on TV; it looks easy, but it is difficult because you constantly have to come up with things on the spot.

There are always obstacles in life, but by God’s grace I overcome them. The major challenges I face these days are personal; they have more to do with how to be a great mother and good businesswoman. But the biggest challenge is how to set a good example for my daughters and be someone that they would be proud of.

All I would say is that, ‘God works in mysterious ways.’ I don’t really want to comment on someone who has that kind of mindset. Most of the people who say hateful things about you are those you don’t even know; and who don’t know you. Once you become relevant to a certain level, you would surely face such attacks. That has made me to develop a thick skin but it does get to me sometimes. One of such that hurt me was when it was alleged that I had an affair with Chris Brown when he came to Nigeria. That rumour actually cost me my relationship at the time.

I’ve learnt that you cannot please everybody. However, I admire a wide range of people for different reasons in fashion, movies, music, and other fields. I admire people like AY, Yolanda Okeke, Jackie James, Ini Edo, Skales and basically people that never gave up.

I have an interior designing company that I’m working on in the UK. We’ve started retailing some of my pieces but I’m not having a formal launch yet, till next year. I make use of some of my other creative skills as well; they are just not necessarily in front of the screen.

I take things one day at a time and I make sure I set my priorities right. I may not have everything in the world, but I always strive to be happy and move in the way that God leads me.

I feel really blessed and I can best describe my marital experience as being educational. I am married to my best friend and we always strive to bring out the best in each other. I still get advances from men, with many of them sending me messages on social media. I find it insulting though because if you check my social media pages, it is clearly stated in my bio that I am a wife and mother. So if you’re sending me such messages, you’re simply saying that I’m promiscuous. Or maybe the person is just stupid and hasn’t carried out enough research to know about me. My husband laughs over it though.

I have slowed down a lot in terms of how I process things. I think a lot more now and I’m more conscious of the future viz the effects that my actions could have on my family.

It is very difficult to maintain fashion and style as a new mum. Right now, what I love most are baggy T-shirts on a skirt, or pair of jeans. That’s why I’m always wearing my husband’s shirts.

I rarely have time to relax but I love to eat good food and watch nice TV productions.

Nigeria Customs Service exposes the owners of the impounded 470 guns