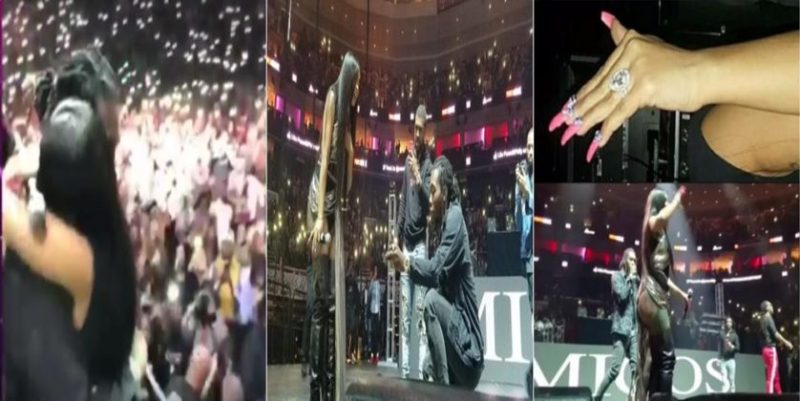 American rapper Cardi B and boyfriend Offset just got engaged after he went down on one knee and proposed during a live concert. Recall that just last week Cardi B called off their relationship after a video of a South African twerker grinding with her boyfriend, Migos’ Offset surfaced, it looks like that was a wake up call for offset as he proposed to her at Powerhouse Philly concert .

Offset went down on one knee in front of 19,000 concert lovers and proposed with an 8 Karat diamond ring, and she said YES. The two have been together since the beginning of the year, when they were spotted leaving a Super Bowl event together for the first time in February.

Here are photos and the video below;

“Nigerians are hypocrites for celebrating Cardi B in strip club” – Afrocandy