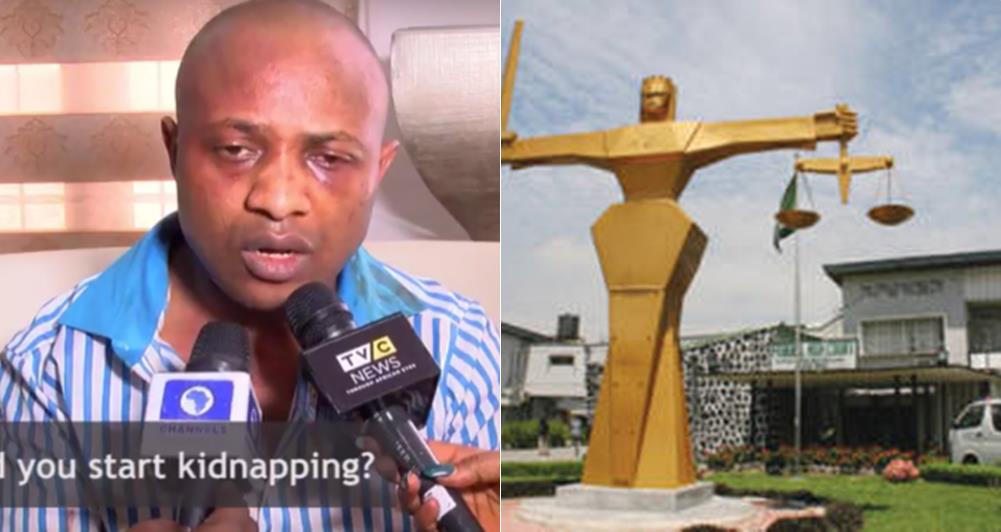 The other accused persons are Uche Amadi, Ogechi Uchechukwu, Okwuchukwu Nwachukwu, Chilaka Ifeanyi and Victor Aduba. All the suspects were on August 29 remanded in Kirikiri Maximum Security Prisons. Unknown to many Nigerians, the kidnapping kingpin had allegedly tried to escape from his cell in Abuja after he was transferred from Lagos. A source spoke of Evans’ plan to give between $50,000  and $100,000 to one of the guards manning his cell to facilitate his escape.

The source said Evans was allegedly coordinating his escape bid with some members of his gang by telephone which he obtained through “suspicious” means. It was learnt that intelligence officers and IGP’s Special Tactical Squad detected his plot. The source said: “When Evans was in our custody, he tried to escape but we were able to abort all his plans. We discovered that he had access to phones which were hidden in the middle of loaves of bread, eba, semovita and so on.

“He was making calls from these smuggled phones in the middle of the night, making arrangements with some yet to be identified members of his gang to arrange for his escape. “We intercepted how he was luring one of the guards with about  $50,000 to $100,000. He wanted an insider to serve as informant to him and members of his gang.”

Three friends who got pregnant at the same time, share baby photos 4 months after (photos)