FORMER Arsenal favourite Emmanuel Eboue will fly to England after his agent confirmed the player is ‘facing medical problems.’ Tekin Birinci revealed the news in a statement just a day after completing his move to Cypriot side Turk Ocagi Limassol. The issues apparently came to light following the player’s medical. Birinci confirmed the news on social media by writing: “Unfortunately it is true that we are facing some medical problems about Eboue but it is not right to make any comments at the moment. 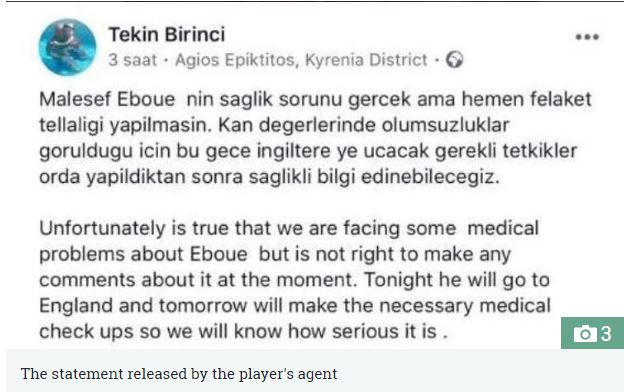 “Tonight he will go to England and tomorrow will make the necessary medical check ups so we will know how serious it is.”

The right-back had agreed a 12-month deal with the Northern Cypriot club after serving a one-year ban from all football-related activity for failing to pay a former agent. The 34-year-old spent seven years at Arsenal before joining Galatasaray in 2011. He won three Super Lig titles, the Turkish Cup and two Super Cups with the Istanbul club.