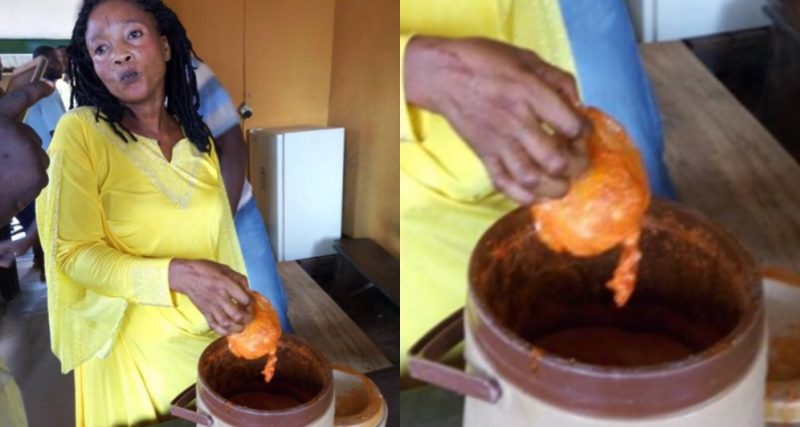 Operatives of the Nigerian Prisons Service (NPS) in Abeokuta, Ogun State capital, yesterday foiled an attempt by a 33-year-old mother of two, Fatima Balogun, to smuggle a phone to her armed robbery suspect boyfriend, Ganiyu Ajibode, who is in prison custody. According to reports, Fatima hid the phone inside a cooler of soup he brought fro her boyfriend.

She was apprehended by men of the Special Intelligence Unit of the NPS at the gate lodge of Abeokuta Maximum Prisons in Ibara. Fatima who claims to be a divorcee, said she lives in Fagba, Iju-Saga in Lagos.

According to her, she met Ganiyu two years ago after her divorce from her children’s father. Fatima said this would be the first time she would be visiting Ganiyu who had been in prison for six months. She added that she tried to smuggle in the phone so she could have access to communicate with her lover.

The Controller of Prisons, Ogun State Command, CP Benson Abolade, said the suspect was arrested for trafficking in Prison, which he said was against the operation of the prison and that the command has contacted the police for prosecution, saying,

“it was aimed at serving as deterrent to others.”