Ubi Franklin called out by fans for sharing pics with TBoss 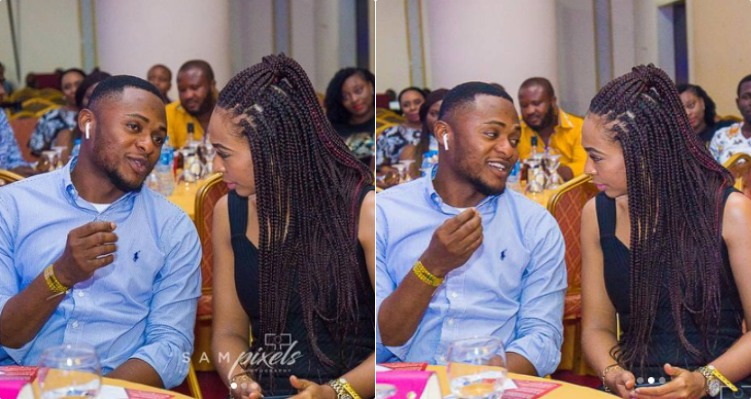 Ubi Franklin shared photos he took with T-Boss at a comedy show in Abuja, however, fans weren’t too happy.

Ubi Franklin sparks marriage rumours with his new post on…

Despite the fact he is reportedly estranged from his wife, Lilian Esoro, they said he is passing the wrong message by posting pics with the Big Brother Naija contestant.

See another photo below…

Lilian Esoro and Ubi Franklin got married on November 1, 2015, in a high-profile celebrity wedding. They welcomed their son, Jayden on July 18, 2016, but cracks in their marriage became obvious in October 2016, as they attended events and engagements separately but so far, never said anything terrible about each other.

The speculations about their breakup started late last year when the music boss celebrated their first wedding anniversary but the actress refused to acknowledge the day. Esoro was often spotted without her wedding ring. Much later, she would unfollow Ubi on Instagramand refuse to promote the restaurant he allegedly got her.

Ubi Franklin seems to have lost all hope of a happy reunion with his estranged wife, Lilian Esoro as he removed husband from his Instagram bio. Previously, the Triple MG boss deleted all photos of himself and Lilian, leaving only four photos of himself and his son. In December, the MMMG boss shared a wistful note about attending his church’s annual event alone and days later, the actress dropped his name ‘Ubi’ from her social media handles.